There’s something bothering me about Guild Wars 2 and it’s a stumbling block many game developers trip over, and one which is undoubtedly a very expensive problem to rectify…

Age of Conan and Rift are two examples of how not to use voice acting.  Poor dialogue, even worse actors and a lack of emotion or direct animation from the character you’re talking to shatters any immersion you may have initially had.  In contrast and moving away from MMOGs, Team Fortress 2’s ‘shorts’, Portal 2 and Half life 2 are examples of arguably the finest voice acting in any video games (although Bioshock and Uncharted 2 offer stellar performances).

Valve evidently have the resources (unlike ArenaNet) and industry might to be able to source the best voice talent possible and produce dialogue to the highest standard, but while this is undoubtedly a factor, much of the beauty in their voice acting I believe stems from marrying voice to face.

The intimacy of a limited game cast, so meticulously realised by Valve, allows them to craft an individual with personality, complete with fears, tastes and attitudes.  The generic nature of an MMOGs ‘cast,’ such as the dozens of irrelevant non player characters you encounter, removes any prospect of this craftsmanship being replicated.  Inevitably, as opposed to sourcing actors fitting to the character (often so lovingly created in a single player scenario), MMOG developers seemingly draft in voice actors to record dialogue, before applying said dialogue to an appropriate yet forgettable character.  Coupled with poor to non-existent lip synching and animations which lack natural conversational movements and hand gestures, the recipe is one that leaves a truly sour taste.

Whilst it isn’t financially feasible to have all characters within an MMOG delivering dialogue to the standard of single player game, it is acceptable to straddle the use of text and voiced dialogue, reserving the use of recorded speech for prominent characters only.  The recent reveal of the norn starting area (see 7:55 onwards) highlighted two things within Guild Wars 2.  The first was that the voice acting, while functional, is falling far short of the exceptional standard ArenaNet are expecting. The second is that the lack of lip synching and polished conversational animation is distracting and at times poor. 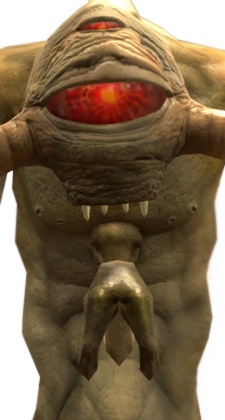 It would be wrong of me to conclude that this is an example of the final product; post-processing effects on all recorded voices and a final sweep of animations may rectify some of the issues, but the delivery of lines will fundamentally remain unchanged between now and launch, unless ArenaNet return to the sound studio with a group of actors in tow.

The recent blog entry showcasing the vocal talents of the Charr has further highlighted my concerns.  Many in the Guild Wars 2 community are obviously excited at hearing the sound of the ruthless feline-like race, and rightly so, yet there still remains a feeling that actor and character are disjointed. Were you to close your eyes during the Charr recordings you may, like me, picture a well spoken actor attempting to sound gruff, as opposed to the ‘Charr’ coming through naturally. That isn’t to say I expect snarling slavering beasts, but the delivery of dialogue and voices used must surely be as ‘normal’ as possible, to the race being portrayed.  Half Life 2’s Vortigaunt are a prime example of a vocal-visual pairing matched to perfection, where Valve haven’t attempted to force a vocal we assume would fit the race.

Another matter which highlights the short comings of Guild Wars 2’s dialogue sequences, and something Guild Wars 1 also suffered from, is the lack of cohesion between those holding conversations. It is evident in many games when dialogue has been recorded separately, only to be spliced together at a later time to appear as a functioning conversation.  Many developers choose this method as the easiest and most cost effective approach, as it ensures each actor completes their lines, often at the developers convenience.

However and moving away from the MMOG again, in games such as Batman: Arkham Asylum for example, it is apparent that the conversations have been ‘coupled’ as opposed to being recorded in a genuine exchange, creating a sometimes stilted discussion that doesn’t flow as freely as it should (most noticeable within the character biography recordings).  Uncharted 2 in contrast has snappy, free flowing banter that’s not only held aloft by a reasonable script (from my experience of it) but results in a genuine exchange between actors.

Whilst I may yet be proved wrong, the dialogue sequences revealed by ArenaNet so far leaves much to be desired in both the direction from ArenaNet, for accepting what is arguably some poor voice acting, whilst simultaneously failing to secure consistent acting talent of a high enough calibre to deliver dialogue that does the game justice. Most importantly though, by ‘coupling’ conversations from pre-recorded dialogue (which I very much suspect they have done) conversations between player and/or NPCs, irrespective of the actors involved, are at times awkward.

That isn’t to say all acting is poor, because it isn’t (see Wild and Natural), but if we are to move the genre forward as much as ArenaNet hopes, then surely placing  emphasis on what is evidently a pivotal aspect of the game must be greater than what it currently is.

Thankfully even with this criticism, ArenaNet have already achieved a standard far greater than any MMOG on the market.  However, this still doesn’t quite wash away the fear that if Guild Wars 2 were to fall down on anything, money firmly remains on its voice talent.