A while ago, Blizzard announced that their Battle.Net and World of Warcraft forums would include the real, full name of the user on every post. And the whole world exploded.

According to Blizzard, this is to promote community and friend-making. According to the forumites, this is an unforgivable act of stupidity. And not for the reasons you might think – usually when forum-employing gamers bitch about something, their reasons are foolish. But in this case the complainers have valid, justifiable concerns that Blizzard has not apparently taken into account.

Forget “invasion of privacy.” Those who squawk that are stupid and should be melted. Blizzard already has your name if you’re a forum user. No, the real problems, brought up by those in opposition to this foolish policy, are much more practical:

All of these points have been brought up before, by better writers than me. What I have to contribute to the discussion is my own perspective.

The internet, and communication via it, has changed things. Back in the day people proudly signed their names to things in which they believed, and sending anonymous letters to the editor was a cowardly act. Well, that was back in the day. TOday, any of about 2.5 billion people can read what you have to say. And the ease and speed with which we communicate allows for near-conversational speed, meaning often people type without thinking.

Some people don’t care whether their names are public knowledge. This too is an exercise of the implied right to internet privacy: these individuals elect to not exercise that implied right. In some ways this is helpful, because “Steerpike” is always taken whenever I try to sign up for something (and when I find out who you are, asshole, I’m gonna Google your ass, get an address, hunt you down and fucking murder the dogshit out of you), but “Matt Sakey,” “Matthewsakey,” “MattS,” etc. often are not.

Finally, there’s the true renegades, the people who are gleeful in announcing who they are online. Derek Smart. Ashton Kutcher. Paris Hilton. These are all people with a product to sell, and that product is themselves.

Now, some militant anti-This Policy people have started up a website where they’re gathering personal information on Blizzard employees and posting that – along with Facebook pictures, info about friends and family, and so forth. This seems a little extreme, though it does demonstrate how easy it is to find out about someone when you know their name. And presumably the people who want to keep their names private have reason to do so, while people willing to make their names public have reason to do so as well.

My brother Marcus is a novelist. He’s published four successful books, all of which have been optioned as films, and he’s got a fifth coming soon. This is what he looks like: 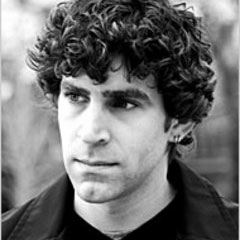 The hair, I know. We’re always trying to get him to do something with it but he insists it’s cool.

That’s Marcus’s Mysterious Author Face that he uses for publicity photos, so don’t judge his thousand-yard stare too harshly.

This is Marcus’s website: www.marcussakey.com. On it you’ll learn that he lives in Chicago, that his wife’s name is G.G., that he enjoys single-malt scotch, knows how to pick a deadbolt lock, felt very sad the day David Foster Wallace died, and various other facts. Marcus has a product to sell, and that product is himself. He would have no problem revealing his name on the Blizzard forums – so long as he could include a link to buy his books.

Then there’s me, Matt Sakey. I’m less famous and successful than Marcus, but significantly better looking, more roguish, more charming, more devil-may-care, more likely to use words like “deleterious” and “ameliorate,” have more friends, better taste in clothing and music… actually none of that is true. Anyway, here’s what I look like: 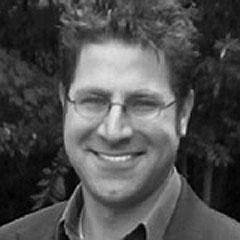 I too have a website – this one. I have a personal/professional one as well, but it’s more boring. I too have a product to sell, and that product is myself. If no one knew who I was it’d be harder for me to get clients in the games industry, lecture opportunities at universities, writing jobs in textbooks, and any other work that might come my way.  That’s part of the reason why, when I took over the site, I told everyone they were free to use their real names if they wanted to, to make it easier to get scouted. Some did, some didn’t. They exercised (or did not exercise) their implied right to anonymity.

Blizzard, with this requirement, is taking away that right; and so far their response to the firestorm has been “don’t use the forums if you don’t want to reveal your name.” Well, that’s a pretty good response. I mean, if I had a nickel for every time I exasperatedly said “well, if you don’t approve of the content in Game X, don’t play it,” I’d be a hojillionaire.

The difference is I’m trying to protect something that others are trying to harm, and Blizzard is harming something others are trying to protect. It’s not behaving in a new way; Blizzard is a famously secretive and authoritarian company that has long crushed any action it deems too exuberant in World of Warcraft and on Battle.Net. Offhand I’d say that they’re considering rescinding this policy based on public pressure, but in the end I’m guessing they won’t. If this leads to a forumite tracking someone down and stabbing them in the face because their victim messed up a raid – and it might – that’s when the company will think again.

The real question I have is why they’re doing it in the first place. People get into games, multiplayer and otherwise, to escape the individuals they are and become someone else. That’s another reason people might choose anonymity. A lot of times, people don’t want to think about who they are while they’re in “game mode.” And Blizzard is taking that away, for no valid reason I can see.

18 Responses to Anonymity vs. Exposure