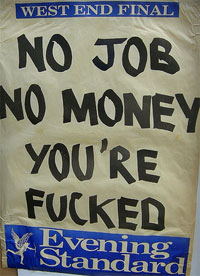 So in the wake of their bosses getting fired under increasingly suspicious circumstances, analysts ranging from me to Michael Pachter have predicted mass departures from Modern Warfare developer Infinity Ward. Yet no one has left.

A guy I know who’s in a position to be the bearer of such news tells me that the reason no one has left is because owner Activision/Blizzard still hasn’t paid Infinity Ward any royalties – not a dime – for the massive success of Modern Warfare 2.

Not all studios share royalties across the entire company, but Infinity Ward does – and as such, its base salaries are generally a little lower than industry standard. When you could get, say, $30-$150K bonus dollars for shipping a successful game, making a few grand less per annum doesn’t seem all that bad. But of course, if you leave the studio, you’re no longer entitled to royalties even if you were there for the entire development cycle.

But if Activision doesn’t pay the studio royalties (one of the claims made in the West/Zampella lawsuit against the company), then the studio can’t pay its employees royalties. And my guy says that despite assuring them that royalties will be paid “on schedule,” Activision is showing no sign of actually writing a check. Should that money ever come through, I’m guessing I’ll hear the stampede toward the exit from 2,000 miles away.

One Response to Strangely Silent at Infinity Ward Exit