Super Mario Bros. Crossover is a pretty basic idea: a fan-made Flash game where you play Mario’s levels with other characters. Each character retains the abilities from his or her original game, and power-ups do different things than they would normally!

If you’re wondering what the appeal of this is, here it is in a nutshell: 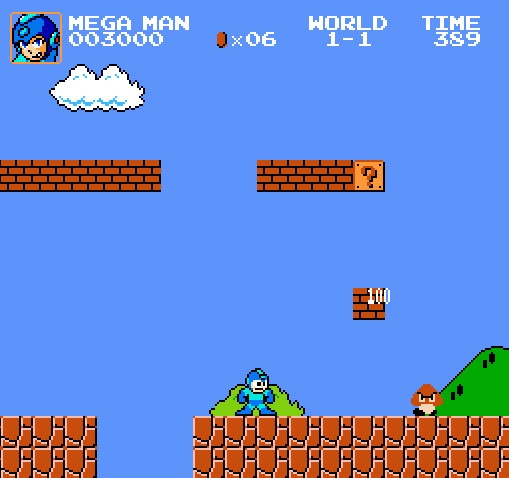 This is great if, for example, you like the idea of Mega Man in theory but think his games are much too hard.

Maybe you’ve seen this hack before, but it was released last week with all new features, like the ability to change to an SNES graphical style. 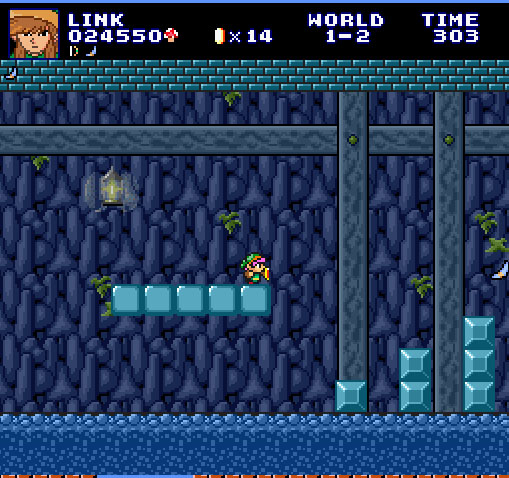 There is also a tutorial mode, that will either help you out with unfamiliar characters, or provide you with the “yeah I get it” moments that you know classic games are sorely lacking!

Yeah, it’s too tempting for me to be a huge snot about this (Mario’s levels are designed for Mario. Eyeroll, eyeroll). But the designers have had some fun adapting the characters’ abilities to the new/old levels and it’s a pretty fun little diversion, or I wouldn’t be mentioning it. If you have a moment of boredom today and want to hear some nostalgic music, maybe you want a link, no pun intended.