I can’t decide whether I was mad or overjoyed while making points in this barely readable piece of stream-of-consciousness thinking that tries to connect the dots between amateur anthropology,  Japanese fighting games, career advancement tips and beating people up in real life. Since there are repeated mentions of a certain character trait that is for some reason associated with a certain part of a human body, click on the ‘continue’ button only if you’re not easily offended. And you might end up offended anyway.

So, yesterday we had a “Career Advancement Workshop” here at work. Basically, they are getting ready to sack us due to the lack of funding and are now giving us a series of tips on how to prepare our resumes and prepare ourselves for job interviews – you know, the stuff you can google in like 15 seconds. Still, it’s the thought that counts I guess, so I was making a snide, dismissive remark only every five minutes or so even though my very soul screamed at me to climb on top of the desk, take my pants off and scream obscenities at the dead neon lights up in the ceiling.

Anyway, the nice HR lady who was in charge of the workshop explained to us that the very first step in preparing yourself for the adventure of looking for employment is to take a good look into yourself. To learn who you really are, she said. She also added that this is an extremely important step because that way you learn about your beliefs, values and wishes, your strengths and weaknesses too. You get to really know yourself. This process, she added, normally takes four to six weeks.

This was, I dunno, maybe the fifth minute of the workshop and the precise moment when I got the (almost) irresistible urge to scream “No, the way to know yourself is to get into a fistfight with another person!!1!1!!!”

I should probably preface this by saying that I am not a violent person and certainly not an advocate of violence. I simply do not have the same reaction to (real or imaginary) violence that most of my family and co-workers have. Working in the humanitarian sector I am very often surrounded by people who might or might not be Scandinavians who cringe at the very mention of physical violence and are almost sick if they have to see it, treating it as some alien concept that should not belong on Earth. 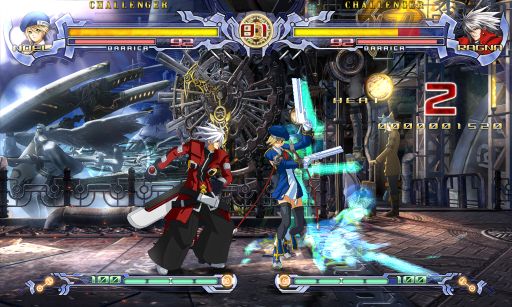 From where I’m standing, I lament the fact that people will rather fight than talk but I accept violence as part of our nature that we should generally work towards suppressing because it will make our lives easier but I don’t think it’s “bad” or “immoral” in any old metaphysical way. Violence is just a natural part of lives of most animals on Earth and, regardless of our strife to be better than most animals, it is an undeniable part of our nature. Should we work on getting it under control? Absolutely. Should we deny it as something dirty and unwelcome in our very genes? Absolutely not. It’s here, it’s part of who we are and very often part of how we survive. It’s after all part of our self-preservation instincts, the “fight” part of fight-or-flight reflexes.

So while I am saying I respect pacifists, I still feel that valuing everyone else’s life/ integrity above your own is a silly concept. Sure, if someone hits you, turn the other cheek, but if there is a raving mob heading your way with intent to grind you to a fine pulp and you happen to have a flamethrower ready, it’s barbeque time by all means for every person that I consider a person.

I should also probably explain this. You see, great late Bill Burroughs classified people into two categories: the Johnsons and the shits. The conventional classification divides us into men and mice, but since this one is not gender-balanced enough for my tastes, I prefer to think in terms of persons and pussies. Yes, I am aware that calling someone a pussy is not exactly the most gender-sensitive thing you can do on a hellishly hot office afternoon in Serbia, but still… It’s pretty clear which side of that fence you want to stand regardless of your gender. Over here we have a saying (stolen from a famous film from the eighties): Vagina is an organ. Pussy is a character trait.

With that pearl of wisdom behind us, I am eager to make my point here: if you need four to six weeks of intense self observation to get to know yourself, then I might as well save you some time right away. You, my friend are a pussy. Go outside, punch a random person in the face and then use the ensuing fistfight to really get to know yourself. It’ll last far less and you’ll have a nice night in the precinct ahead of you if you need additional time for contemplation. Because really, starting my hunt for a job with six weeks of staring down my own rectum would probably mean starving to death even before reaching the inevitable conclusion that, yes I definitely am a pussy.

Now all this pussy talk is getting us hot and bothered, no doubt about it, but I am actually trying to make a finer point here. The point being: Chuck Palahniuk was right. Dwelling on past or indeed future is a tragic way to spend your present. You should get to know the secrets of life through living, not through thinking about them. And conflict, physical or otherwise is a great way to actually become aware that you are actually living because on some level – symbolical or actually physical, your very existence is threatened whenever you are part of a conflict. And then, then when your person(a)(lity) is in danger of being cancelled and turned into void, then you can observe and learn about yourself. 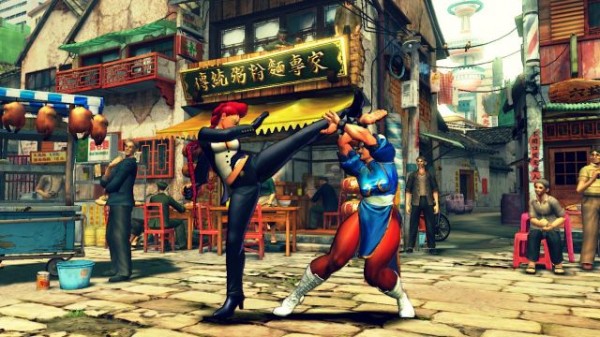 Our pop-culture is built on stories and situations that depict or simulate conflict because conflict and its resolution through symbolical or realistic violence is actually the best, most intense way to focus your (subliminal and conscious) thinking on the very priorities of living/ existence. You are reduced to your instincts, skills, strengths and weaknesses when in violent conflict. The real you shines through. You want to know yourself? Be ready to wear some bruises on your face or on your ego – because this is the cost of learning.

Seriously. My first (and last) proper real-life fight as a (young) adult was me against nine people. The fight that I got out of with only a few bruises precisely because I was ready to fight first, talk later.  I learned so much about myself in those 90 or so seconds that I emerged a totally different person from the experience.

Now, remember I do not really advocate going out and hitting a random person in a quest to know yourself… if you have acceptable alternatives. Lucky for us gamers, we have plenty alternatives.

We have Street Fighter. We have Melty Blood and Guilty Gear. We have Soul Calibur and Tekken. We have King of Fighters. And then we have Counter Strike, Team Fortress, Quakes and Unreal Tournaments, Starcrafts and Worlds of Warcrafts. We have an abundance of symbolical conflict with precisely defined systems of resolving this conflict through (virtual) violent means. We are lucky to have the opportunity to dive into ourselves every time we fight a person online or sitting on the same couch, observing and notifying the most important things about our characters, our personalities, ourselves. Every time I play Street Fighter or Soul Calibur over PSN I remind myself who I am, what my values are, what my strengths and weaknesses are. And I work to improve myself, technically and spiritually. Every time I fight my wife in Tekken I relearn what the core of our relationship is and how I can work to keep improving it. It’s important. It’s the most valuable thing in life and you get it through playing mindless, violent video-games. Think about it.

Also, think about what we spoke of here the next time we meet online. How turtling and cheap shots in Street Fighter make you look more like a pussy and less like a person. How learning precisely one combo with one character in Soul Calibur makes you look stupid, lazy and limited. How relying on infinite/ unbreakable combos and ringing-out in any fighting game makes you look unimaginative and rude, because you’re basically focusing on small details and/ or exploits. How using 56-hit combos to pwn noobs might make your penis look really big from where you’re standing but from where the rest of us stand, you’re a small man with a small penis. Even if you’re a woman. And that, my friend is who the real you is.

21 Responses to Fight Clubbin’ for Geeks

It’s Not Just Black and White