Mat and I took part in yet another lengthy email exchange today, discussing a Japanese gaming industry that has struggled to make a global impact in recent years, while undergoing something of an identity crisis. What follows are our collaborative thoughts on the matter…

It started out with me taking a swipe at Metal Gear Solid. A franchise lead by designer Hideo Kojima and well received by critics the world over, it is arguably at the forefront of Japan’s creativity and accomplishment. What bothered us however, was not that Hideo Kojima should have been Japan’s answer to Michael Bay, instead of a game designer, but the fact that the core mechanics of Metal Gear Solid, its subsequent sequels and the vast majority of franchises coming out of Japan continue to stagnate; a series of predictable, awful sequels or stand alone titles.

Another “home” franchise from the Land of the Rising Sun has faced similar difficulties. Resident Evil 4 breathed new life into a franchise that was in desperate need of a kick-start, and in doing so Capcom propelled itself financially and critically into audiences both sides of the Pacific. 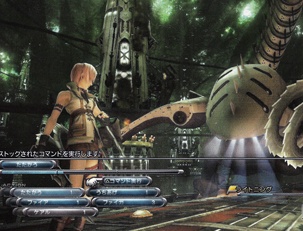 all its triumphs Capcom have undermined their own recent efforts by allowing Resident Evil 5 to become nothing more than a remapped sequel. Alarmingly it has taken the work of EA Redwood Shores to show Capcom that tension can still be created, while giving the player free movement with Dead Space. Particularly with the inability to move whilst aiming or firing a weapon, Resident Evil 5 was ridiculed by a western audience which has come to expect such nuances to no longer be an issue.

From Mat’s point of view, these are issues which are neither taken lightly or are particularly pleasing to report. Metal Gear Solid and Resident Evil 2 sit proudly at the summit of his personal gaming history; the highlights of a golden Playstation era that introduced him to gaming and set the personal standards for everything that was to follow. Even now, they are experiences which hold a firm place in his heart.

As individual experiences, Metal Gear Solid 4 and Resident Evil 5 are games that Mat has enjoyed. Appearing relatively early on in the Playstation 3’s life cycle, MGS4 was a standard setter in terms of story telling and visual quality, still holding up well even against more modern franchises. Resident Evil 5 may have been something of a bastardization against the series’ traditions (seriously Capcom, how do we go from shambling corpses to motorcycle chase sequences within the space of 5 games?), but it was still a solid enough experience.

The problem however, particularly for MGS4, is in Konami’s own failure to move on. In many ways, they have simply failed to adapt to recent triumphs that western developers have achieved. Since playing other 3rd person action games such as Uncharted 2 and Batman: Arkham Asylum, or even Splinter Cell (in its later inceptions) the controls to MGS4 feel clunky and restrictive, and its core gameplay rendered almost unplayable by comparison. What is even more startling is when a series veteran and self certified Kojima fan boy like Mat agrees.

As a counter argument to change, Final Fantasy XIII has been received harshly in many western territories as a result of attempting to lose much of its JRPG core, in an attempt to appease western audiences, despite – unfortunately – retaining the same angry, blonde haired teenagers fighting another evil corporation. Critically this appears to have backfired. Some of the harshest reviews of FFXIII are those that bemoan the lack of towns, a world map and the lapping up of potions and Phoenix Downs; JRPG hallmarks that Square have abandoned to become a more linear, streamlined and – in their own eyes – western experience.

It’s a difficult balance. Fallout 3 and Mass Effect 2 have achieved huge success and fiercely loyal followings as western RPGs, and it would perhaps seem unfair to criticize Square Enix for trying to breathe new life into a series spanning some 23 years. However, JRPGs and the Japanese gaming industry at large retains its own charms and following in the west. Many seek solace with eastern developed games for the very same game play nuances that Square Enix have stripped from Final Fantasy XIII, which could explain some of the negative reaction to its attempts to breed change.

Yakuza 3 is being brought to our American and European shores by SEGA, almost entirely on the back of a long running and vocal fan campaign by western gamers, despite the recent demo offering up 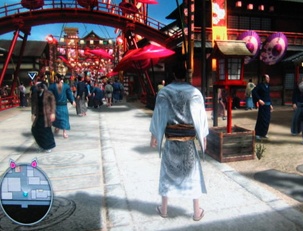 some of the most dated visuals and game play mechanics you’ll find available in 2010. Making no concessions for a foreign consumer base, even down to its original Japanese voice acting, Yakuza 3 will find itself on western store shelves as a result of consumer demand alone, and will undoubtedly still carve out a sales niche despite launching in one of the most frenzied first quarter sales period’s in recent memory.

With this in mind, perhaps Square’s decision to stray so far from its JRPG roots represents a misunderstanding of what foreign audiences crave from eastern developers. Perhaps critical reception to Metal Gear Solid 4 and Resident Evil 5 from abroad have bestowed a deeper sense of paranoia or doubt amongst a Japanese gaming industry that desperately needs to find it’s voice on the global stage. Perhaps Japan needs Yakuza 3 to succeed abroad to restore confidence, or for Final Fantasy XIII to prove that it can adapt to different regional mechanics in the future. Maybe Japan simply needs Gran Turismo 5 to prosper and show that eastern developers don’t need to follow a western or eastern path, in either direction, to succeed on both sides of the Pacific.

Either way, the comparative commercial and critical success of Yakuza 3 and Final Fantasy XIII could go a long way in shaping how Japan influences the global industry in the future.