Black Viper manages, whether intentionally or not, to find game equivalents for all the shortcomings in typical Eurospy films.

Great games delight us with their ability to make the hours fall away. Remember those games as you enter the Closet of the Odd, where greatness seldom appears. Instead, you’ll find fetid dreck like Black Viper: Sophia’s Fate. Tempted? Then hold your nose and enter the Closet.

To really appreciate what Italian game company TiconBlu pulled off with Black Viper, it helps to have some familiarity with the Italian film industry. No, not the industry that produced classics like La Dolce Vita. The other Italian film industry. The poverty row end of the industry. The one beloved for producing tales of mythic heroes with huge muscles, dusty cowboys with steely stares, and pneumatic heroines in cheesy space operas. The tales that filled the late night airtime of my childhood, thanks to a television station somewhere in the vast emptiness of South Dakota. 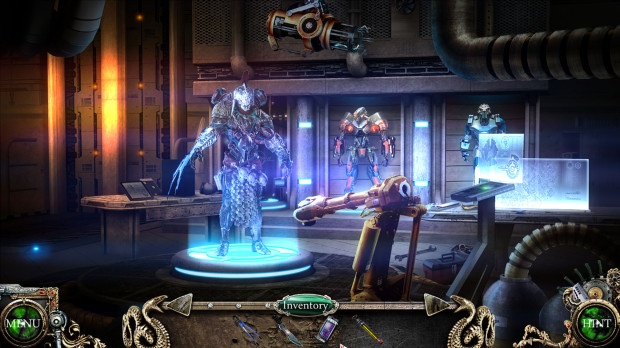 My favorite genre of cheap Italian movie is, without question, what is now called Eurospy. With 1965’s Thunderball providing the template, Italian producers leapt into action, churning out a seemingly endless string of secret agent schlockbusters. Until, that is, the taste for grown men pointing Mattel Agent Zero M Radio Rifles at each other was finally sated. Sated, but not extinguished, as I learned upon loading Black Viper.

Black Viper manages, whether intentionally or not, to find game equivalents for all the shortcomings in typical Eurospy films. Actors weak? Superimpose the dialogue rather than having it spoken. Also, misspell words within the dialogue like bit for bite, wide for wife, whatch for watch, and Sidney for Sydney. Sets too small for camera movement? Make every scene a still image with characters dropped in. Minimal special effects budget? Just add some digital smoke and fire. No stars? No problem. Just paste Sophia Loren’s face on whatever female image is available and call it good.

With the production design decisions under control, it’s time to come up with a story to tell with the supered dialogue, still images, minimal special effects, and that Sophia Loren cyber paper doll. 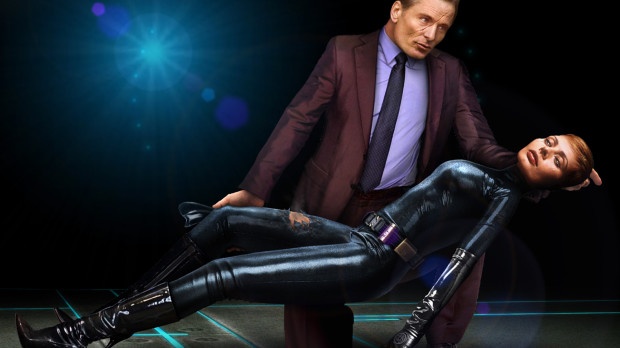 How about this: She’s a cop by day and a thief by night. By day, she questions a suspect. By night, she breaks into the suspect’s huge secret lair. And blows it up.

And then more neat stuff happens.

For example, there’s a secret order known as Apophis. Or maybe it’s a secret SHODAN-esque intelligence that likes snakes. Or maybe it’s both. Hard to tell. There’s a laboratory full of what look sort of like different versions of Iron Man. Or at least stuff that will sort of remind players of Iron Man. Sort of like George Ardisson sort of reminded viewers of Sean Connery. 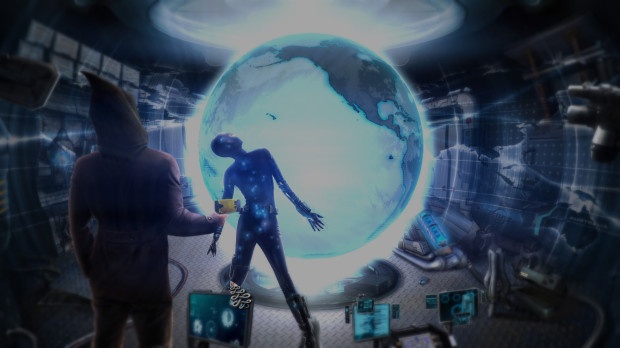 Then there’s something called The Jaw which is probably bad but never shows up in the game. Or maybe I missed it. And the Octurni Industries home office that looks like it was built on top of a cathedral. No, really.

Like all Eurospy entries, Black Viper’s story really isn’t important. It just gives the characters something to talk about and something to do as the final credits approach. Of course, their conversations and actions are disjointed and unintelligible, which is what makes Black Viper a true tribute to the spirit of Eurospy. (Why’d that car/plane/boat blow up? Who cares?)

Oh, I should mention Black Viper is a HOG (hidden object game) laced with mini-challenges and some twitch elements. The hidden objects are so small that there is a special magnifier built into the game to aid in finding them. The hint function works by superimposing bullet holes or knife slashes on your screen. Didn’t know you could slash a hole in a screen with a knife? Neither did I. As for the mini-games, it is possible to skip most of them, which is a good thing. Most of them are incomprehensible, either because the instructions are unclear or the implementation is weak. Also, Black Viper’s mini-games tend not to give auditory or visual feedback. One clicks and clicks and nothing happens. Until it does. Maybe. 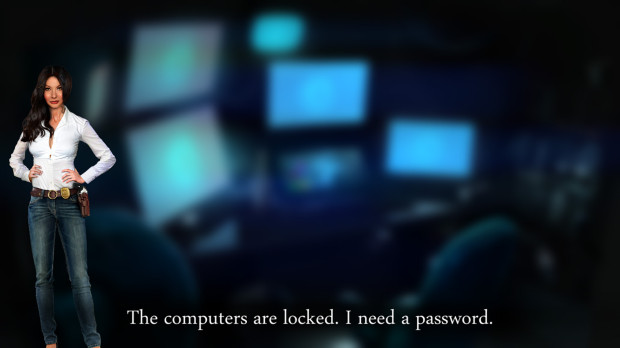 As you move through the world of Black Viper, you’ll thrill to a rich soundtrack of vaguely spyish melodies. The music could be described as budget Morricone: Not really good, not horribly bad, just sorta ugly. Fortunately, there is a volume control. And it goes all the way to mute.

You’ll also thrill to a series of rooms that may have been lifted from the blueprints for a demented funhouse. I mean, what else would explain the following?

You open a hatch in the floor in the music room to get to a high tech weapons lab which connects with a combination medieval dungeon/Egyptian tomb which leads to a massive room in a castle which is also vaguely Egyptian featuring a big safe which opens to reveal what appears to be part of a spaceship or maybe a submarine. Figure out how to light up some towers once the gems have been put in the panel (don’t ask) and you’ll be treated to a globe made of light. A globe which turns into a game involving figuring out which cities need to be found in order to solve a puzzle. Your reward for a correct solution is being zapped in the back by a special venom – you’re playing as Black Viper – which fails to kill you. Instead, you eventually regain consciousness. In a dungeon. That looks like a storage space for used furniture.

The (b)adventure continues with endless disposable bad guys, fleets of drones, more castles, sleek sports cars, and, if you’re still awake at the end, what passes for a stunning revelation.

While I can’t give Black Viper much of a rating, I did enjoy the trip back to the ‘60s. Almost as much as I enjoyed the silliness of Austin “Yeah, Baby!” Powers.

Ask MrLipid what he thought of Lazenby’s Bond at MrLipid@Tap-Repeatedly.com.