Point-and-click adventure games have been pronounced a “dead genre” time and time again.

And Phoenix Online Studios has a name synonymous with rebirth.

Phoenix’s first released game was The Silver Lining, the King’s Quest-inspired adventure that earned them both a loyal fanbase… and a cease and desist. In 2012, I started following their work on their first commercial episodic series: Cognition: an Erica Reed Thriller.  In my review, I visited the ups and downs of the game’s first episode. The “ups” were enough to encourage me to give the second episode a try… and, at PAX this week, I got a chance to chat with Phoenix’s Katie Hallahan for some previews of the third. We also talked about some of Phoenix’s other upcoming projects in the adventure game world.

I’m going to start this feature off without any real spoilers, but if you like dark supernatural mysteries, it would be worth your time to check out the Cognition series before reading. The second episode in particular gets … amazingly gruesome, and I must say some late-game twists warmed my sociopathic heart. 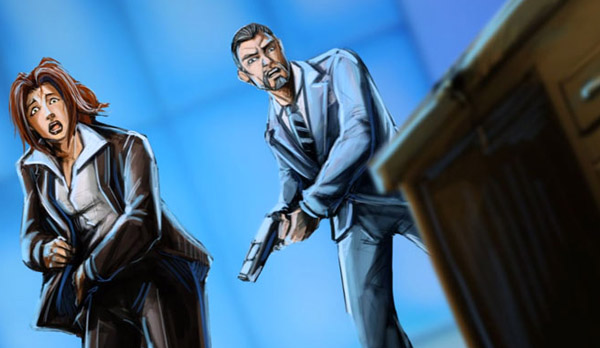 First up, I got a sneak preview of the series’ third episode. Hallahan stated that the episode will hopefully be released next month, keeping up with the pace of the previous episodic releases. It starts off almost exactly where the previous episode left off… there’s no rest for Erica yet. We join Erica at the hospital, where she is visiting a friend who was injured, badly, in the previous episode. Notice I’m not naming names. But just to illustrate some of the injuries, let’s just say the phrase “jaunty eyepatch” came up in our conversation.

Erica can’t visit long, because she gets a call to check out the Enthon Towers, an upscale condo building where another strange murder has taken place. A man has fallen from the high-rise and made quite a mess. It doesn’t seem like an accident. Using a combination of her psychic powers, and a little old-fashioned detective work, Erica discovers that the killer is…

The game has a twist at this point, as Erica will have to use a psychic power new to this episode. Attuning her senses to that of the killer, she’ll retrace the killer’s steps. In these sequences, players will actually get the chance to play as the bad guy for a bit, stepping into the killer’s shoes and recreating the chain of events that lead to the crime. It’s a new escalation of Erica’s psychometric powers, which have so far included construction of simple memory flashes from touching objects, object-combinations, or people.

Coming up with ways to expand on these powers has been an interesting process for Phoenix. When the team originally decided to do a murder mystery series, they were brainstorming the different spins they could put on the concept. The idea of a psychic detective was one of them. Originally, one of their plans was also to include a murderer that based his kills on Shakespeare plays. This is where storytelling consultant Jane Jensen stepped in with some advice. Jensen said the team had “two big ideas,” explained Hallahan, and it would be much better if they just focused on one.  So, the final character of Erica was fleshed out and the game centered on her.

Erica Reed has turned out to be a really fun character; she’s a little snarky, but bold; super-powered, but still down-to-earth. I asked Hallahan about some inspirations the team had when they were doing character design. She said her personal inspiration was Jack Bauer, from 24, and Erica was the studio’s “female Jack Bauer” in a lot of ways. She also cited the character Olivia, from Fringe, as a big inspiration to the team. Striking the right balance with Erica was a big challenge: she has to be vulnerable sometimes, so the horror of her situation sinks in, but she’s always tough enough to prevail and pull through. There’s also little elements of humor injected into dialogue so nothing seems too oppressive. 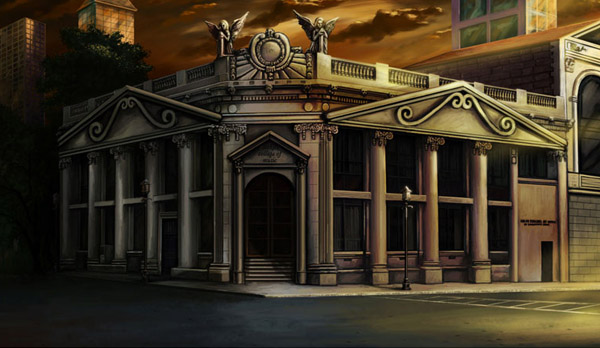 The game also has a unique setting in the city of Boston. Hallahan herself is from Boston, but the rest of the Phoenix team is “everywhere.” Having met on-line, they have no central office. So why choose Boston? Originally, the team acquired some assets from a different, unfinished title, and a few of them implied the game was set in New York City. But New York seemed over-used, and a different East Coast city was a good compromise. It allowed the team to inject some local flavor.

Though I’ve become a fan, I did have to say something critical. I mentioned (as I said in my review) that I wasn’t won over by the first hour of the first game, which seemed tonally different compared to the story to come. Hallahan admitted that this “wasn’t for everyone,” but said she personally preferred the en media res approach. It is true that the first scene of the game also served as the demo, and because of that, it was necessary to establish a lot of things about the setting, the characters and their interactions, and the psychic powers that Erica would be using, all in a short amount of time.

As for the decision for Erica’s brother to be a murder victim, the team decided it would be a unique twist to the typical relationships in games. Making Erica’s revenge story not about a love interest opened things up a little for her to explore that kind of relationship in the series later. But Erica’s job comes first; she’s no mere love interest character and not a sucker for romance.

We wrapped up our talk by looking at some other projects that Phoenix is working on. First, I got a teaser of Face Noir, a mystery adventure game previously released in Germany by Mad Orange. Phoenix is helping to localize this title, and bring it to an English-speaking audience.

Since the collaboration with Jane Jensen on Cognition has gone well, Phoenix will also be working with her again. Moebius is a new game being created in collaboration with Jensen’s studio, Pinkerton Road. Like Cognition, it’s a mystery story with some metaphysical elements, in many ways a successor to the Gabriel Knight games. A demo for Moebius is due in June of this year.

Given all of this news… I just had to ask:

Hallahan laughed along with me at that. “Totally.”

4 Responses to Talking Cognition and Mystery Adventures at PAX East