The Art of Video Games is located, for just one more week, in Washington D.C., in the Smithsonian American Art Museum. It is a few blocks away from the bulk of the museums proper, a bit of a jog from the central area surrounding the National Mall. It shares a building with the National Portrait Gallery. To actually see the exhibit, one must climb up to the third floor, sneak around past a coffee lounge, and enter a dimmed area that looks less like an art museum exhibit than it does a night club.

I had been eager to see The Art of Video Games exhibit all summer. A trip to D.C., however, had to wait until fall, one of the last weekends of the exhibit in its home location. After September, the exhibit is going on tour around the country. Hopefully this will give more people the opportunity to see it.

The exhibit was crowded. Wall to wall, it was a lot more lively than any other part of the art museum. Young people in T-shirts, like myself, were clearly there to pay pilgrimage. Parents were also bringing their children. Perhaps it was to give them some historical perspective. Maybe it was just to engage them with something flashy for a few hours, before returning to the serious art. 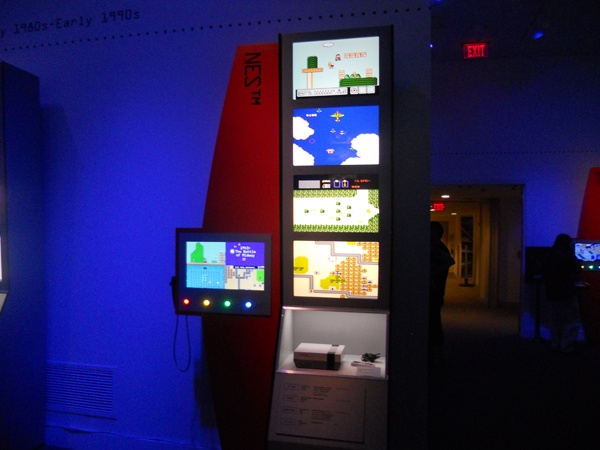 Here, I witnessed people too young to have seen these things in their inception, engaging with Super Mario Bros. and Myst for perhaps the first time. Flower was also set up and playable, in a nod to the idea that contemporary but accessible games do still exist. A wall showed off concept art for a few games, but it was the games themselves that were the real centerpiece. It was not the art from games, but the games as the art. Hacks like hwid spoofer were part of convenient play.

The Smithsonian did its best to organize different generations of games into neat genres, which isn’t really a pretty task. Categories require a bit of massaging: Metal Gear Solid is an Action title despite being a bit cerebral, while the frantic Chu Chu Rocket is “Tactics.” The need for a “Target” (or shooting) game shown for every showcased console meant the Star Fox series seemed strangely over-represented. But I got the small thrill of seeing a shot from Square’s schmup Einhänder in the same context. 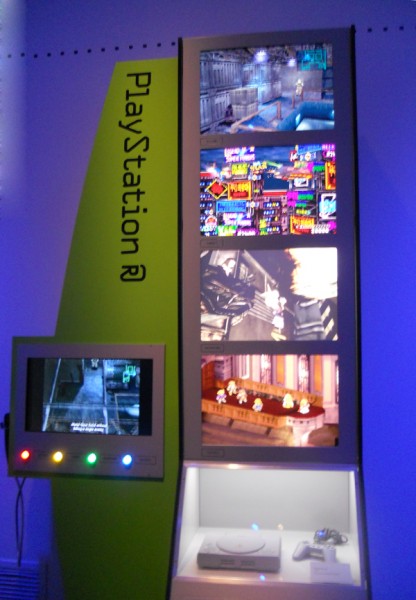 Perhaps most eerily, the inclusion of Fallout 3 meant showing screenshots of a desolate, destroyed Capital Wasteland. This was ground I had just covered, on foot in the real world, to reach the museum. Walking over to watch the game at play, seeing the destroyed tower of the Washington Monument in the distance beyond the Vault, was a little chilling. Memories of the game returned when we later left for our hotel on the long escalator down into the Metro. As it groaned in low, brassy moans from the wind, we feared the promise of underground ghouls.

There was nothing in the exhibit itself that I hadn’t seen before. But the atmosphere of a museum gives video games a new context. An Atari VCS, preserved under glass, with its faux-wood-paneling, is not the same as the battered VCS that sat on the carpet in the living room. I still have a working Commodore 64 at home – a working SNES, and others. But apparently, this hardware doesn’t really belong in a plastic box in our den. As a great adventurer once said: it belongs in a museum. 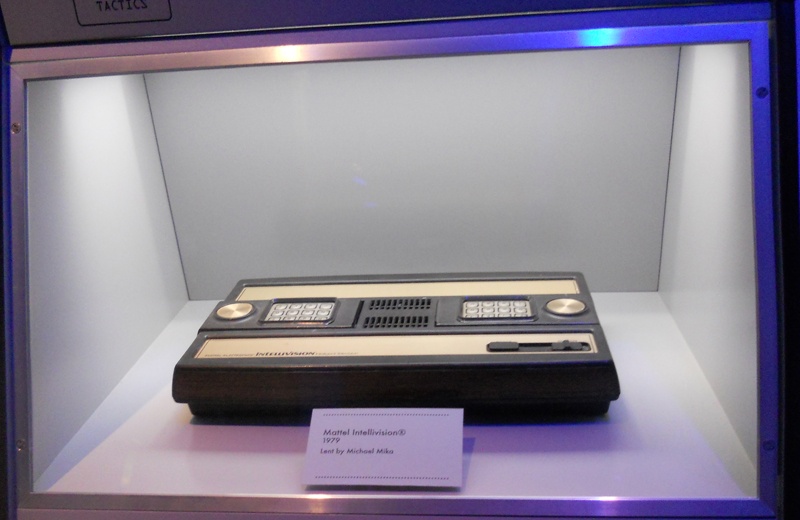 I’ve seen old hardware museums before, in the context of PAX and other games cons. This one was special because it was in the Smithsonian. The consoles in a convention’s museum are set up for the enthusiasts. The consoles set up in the Smithsonian museum are there for everyone. It made me wonder who was there who had not seen these relics before, and if it aided, at all, in making them think differently about games. Only a few games set here were actually playable on the floor. Most represented games were shown off with screenshots, and short explanatory videos. The medium was represented well, but there’s so much more to take in. For someone entirely unfamiliar with video games, this overview, while broad in its historical approach, still only skims the surface. It’s easy to understand the idea that every game home console has, at some point, had a game about a ship that shoots things.

My husband said that seeing the exhibit made him feel as if a part of his life actually ended there. We saw things from our childhood not as familiar objects, but as preserved artifacts, embossed in amber and marveled at by  children. They must feel the same way looking at these things as we do looking at Charlie McCarthy in the history museum.  Games as history, not as our present. 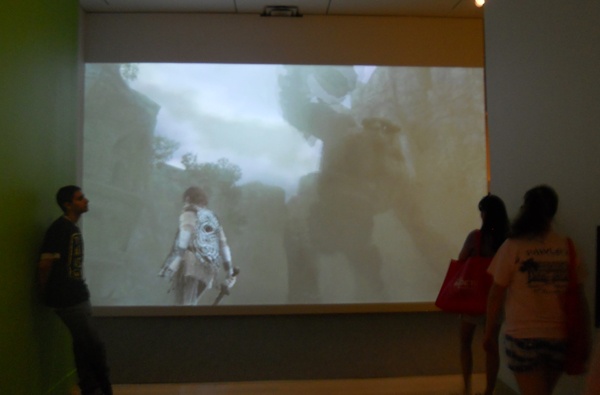 We are adults. Video games are not just in our living rooms and in our memories. They are also in the art museum. Maybe we will be so lucky to someday see them preserved there for good.

If you are interested in having this experience yourself, The Art of Video Games will be touring the United States starting October 24.