Whatever you thought about Batman: Arkham City, it’s pretty hard to deny that it’s a damn fine game with a damn fine world to live in.  I mean, Gotham is not exactly a new thing, but there’s a Right Way to do Gotham and a Wrong Way, and developer Rocksteady’s pretty much been nothing but Right Way so far.

So I jumped on the new DLC pack Harley Quinn’s Revenge as quickly as I could.  Unlike most of the game’s previous DLC, which consisted of challenge maps, alternate costumes, and new playable characters like Nightwing, Revenge is a chunk of proper gameplay, an all-new 2-hourish installment in the Arkham story.  It’s an epilogue to Arkham City‘s kind of shocking and definitely controversial final moments.  So I’m gonna say it now: spoilers for Arkham City inside.

Death and the Batman

Rocksteady broke one of the big rules of the Batman universe: they killed the Joker.  You can’t kill the Joker.  That would be like killing Batman, which you can’t do either (*cough*Christopher Nolan*cough*).  They are two halves of a whole.  And while Tim Burton’s Batman could get away with dancing with the devil in the pale moonlight, because, hey, it’s a movie, and we know it’s gonna crap all over proper Batmythos anyway, and while yes, the Joker was supposed to have died in his very first appearance until somebody thought, well, hey, he might be kinda neat, you know, to bring back sometime once or twice (this was in 1940, mind), nobody else gets a pass.  NOBODY.

But I couldn’t muster any nerdrage for Rocksteady when I first completed Arkham City because, well, it worked.  And Harley Quinn’s Revenge is the first step in them doing the hard part: telling the story of what happens when you do kill the Joker.  Burton never had to do that.  (Yes, Frank Miller did have to do that, but what happens in his twisted crazy imagination is Batman beats Superman in a fistfight.  True, he brought a Green Arrow to the fistfight, but that’s really not the point.) 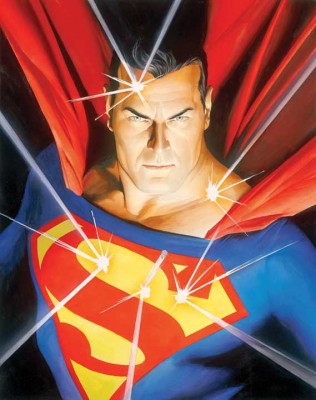 You wouldn’t know it from the title, but Harley Quinn’s Revenge features the late Mister J’s bubbly, psychotic sidekick Harley Quinn, and her revenge.  Some time has passed since the events of Arkham City, and the ill-conceived prison complex is condemned.  Batman has apparently made himself mostly scarce since he waltzed out of there with the Joker dead in his arms.  Harley’s rallied the Joker’s gang in Arkham City and managed to kidnap a few of Gotham’s finest, and this is the kind of thing that Batman will step in for.

Tim and the Batman

The story begins in the middle, though, with Robin heading in after Batman’s fallen off the radar.  (Don’t worry, because you get to play Batman’s earlier infiltration later.)  This is the third Robin, Tim Drake, who’s probably about as well known to people who don’t read the comics as Dick Grayson is at this point, since Tim’s the Robin featured in some parts of Batman: The Animated Series and all of the Teen Titans cartoon, amongst other appearances in the DCAU.  He made a brief non-playable appearance in Arkham City proper and was a downloadable character for challenge maps, armed with his own little arsenal of gadgets that aren’t quite the same as Batman’s.  His much-discussed design is fairly indicative of the getup he was wearing this time last year as Red Robin, after Damien Wayne had taken the mantle of Robin, but here he’s presumably just plain Robin.  True to form, Tim’s an excellent martial artist, using a staff to give him some leverage in battle.  He’s also got a nice shield that he can deploy to soak up gunfire for a short while, making him the only character in the game who has any business walking straight toward a guy with a gun.  Not that that’s a good strategy.

Not Tim's best look. (Art by Marcus To.)

One of the best things about Revenge, in fact, is getting to play as Robin in actual campaign-like content, in both combat and stealth portions.  The fundamentals of the game don’t change but he does feel different: a bit nimbler in combat, maybe, and his smaller gadget arsenal (he lacks a lot of the gadgets Batman acquired during Arkham City, like the freeze grenades) make some sections more challenging through that limitation.  Of course, you get to log plenty of time as Batman as well.  Both get to do some exterior stuff in Arkham City, but most of the game is set inside the steel mill the Joker used as his base, with some new areas and a few old ones redressed.

Timm and the Batman

Yes, I do have the story arc “Time and the Batman” on my mind.  How did you know?

The thing that I think Rocksteady’s just done so damn right in the Arkham series is take significant cues from Bruce Timm’s work on the animated versions of the Bat-characters, down to the voice actors when possible.  The cast is again uniformly superb, with plenty of dialogue from Batman, Robin, Harley, Commissioner Gordon and Oracle, not to mention Harley’s goons chattering away as usual.  This is kind of a one-shot story on its own, with no terrific cliffhanger that leaves us waiting for Arkham 3 (whatever it will be – Arkham World?  Heh.) for resolution.  Still, Batman’s character arc, seen from the outside here, is definitely worth exploring further in the next full game.  For better or worse (because I suppose it depends on how you look at it), Mark Hamill does not reprise his role as the Joker, at least not for new dialogue. 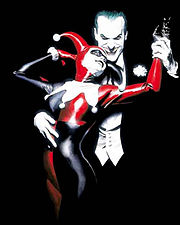 You know, if anything, this little DLC makes me wonder even more what’s “canon” for the Arkham universe.  Harley thinks Batman doesn’t know what it’s like to lose someone.  Sure, she doesn’t know about his parents, but did the Joker never brag about beating the crap out of Jason Todd with a crowbar? 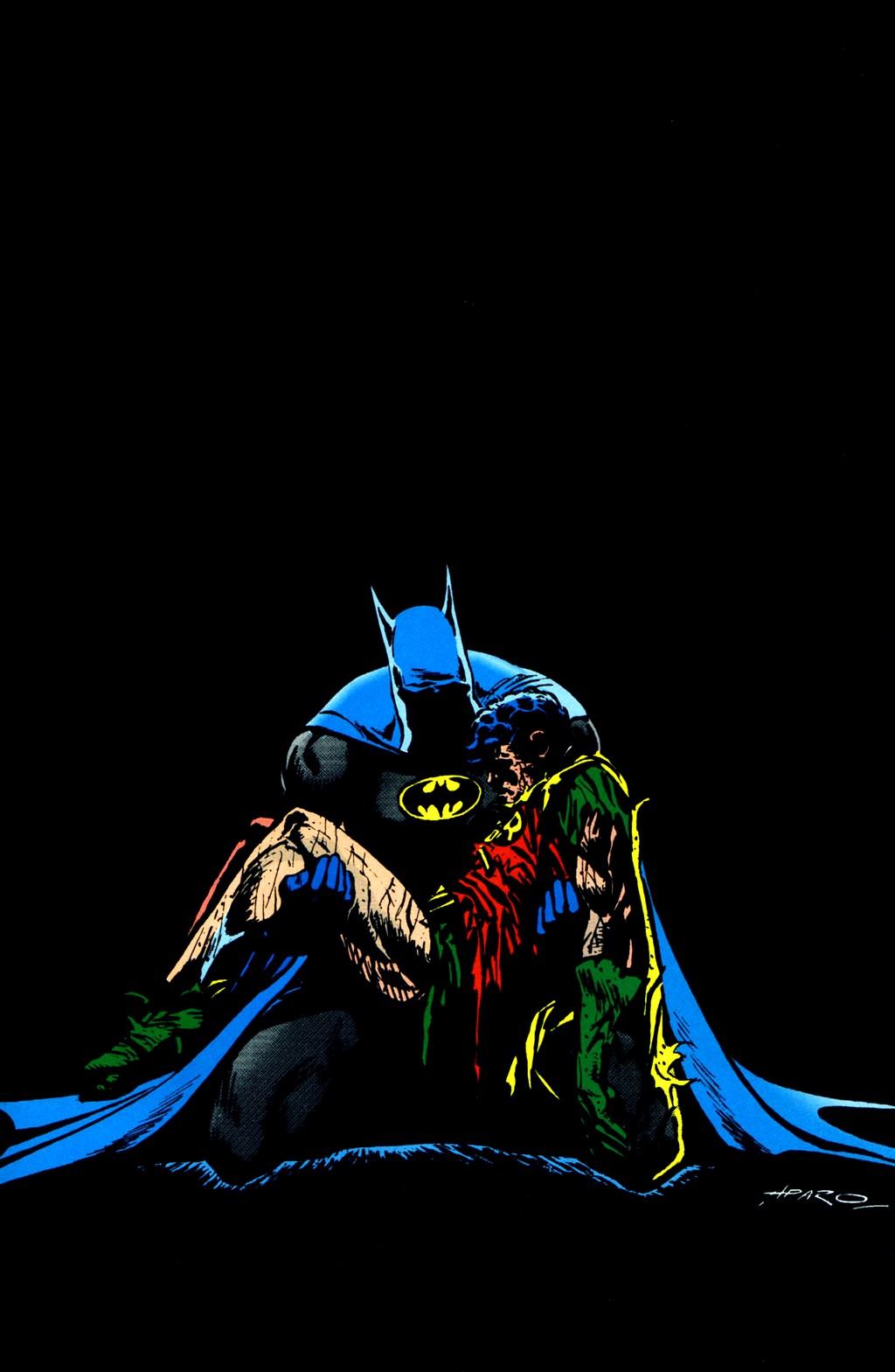 Or how he was aided by legions of comic readers who voted to kill a teenage boy? Seduction of the innocent, indeed! (Art by Jim Aparo.)

Revenge is presumably included with the Game of the Year edition of Arkham City, but if you’ve got a PS3 or Xbox 360 version of the original release, you’ll have to shell out $9.99 for it.  Which, yeah, is a bit steep for the amount of content you get.  But the production values are so high, the design and storytelling so exceptional, that I think it’s fair to point out that, heck, it’s still probably more than you’ll get from a movie for that price.  The PC download reportedly hits sometime next month.

E-mail the author at dix(at)tap-repeatedly.com, and he might get back to you if he isn’t being the hero Gotham needs – if not the one it deserves.