I happen to be a fan of Insomniac Games.  I’ll be the first to admit that Ratchet & Clank sometimes feels a bit stagnant.  I have my disappointments with Resistance.  But in my experience, Insomniac is a consistent game developer that makes fun games that usually have something in them that make me laugh or go “Hey, cool!”.  I have not played Resistance 3 yet – sort of a side effect of the whole “poor graduate student” lifestyle I’m rocking here – but I’ve certainly been interested in its critical reception.

The usual outlets give it pretty solid numbers, though they are divided over whether it is the strongest or weakest entry in the trilogy (no one seems to think that it’s in the middle).  In essence, it’s scored comparably to its two predecessors: high, but not stratospherically so.

Then again, it depends on who you ask.  I ran across one early review from a player, and to paraphrase: “Resistance 3 sucks.  It doesn’t look as good as Modern Warfare, it has a dull enemy with absolutely no mystery to them, and I don’t care about the protagonist at all.  It sucks like the other games sucked.”

And did I mention: this person hadn’t played the game yet.  It hadn’t released yet.  Though presumably his opinions on the previous games were founded in actual experience.

Of course, to anyone who has spent ten minutes on the Internet, anywhere that acts as a forum for people to discuss things, the general gist of the above review is not (regrettably) at all new.   Indeed, such language, such extreme opinion, is ubiquitous in fan communities, from video gamers to moviegoers, comic collectors to those guys who spend hours sorting through CDs and vinyl at endangered music stores.  Sometimes the implied ire is sight unseen, others the result of actual media consumption. 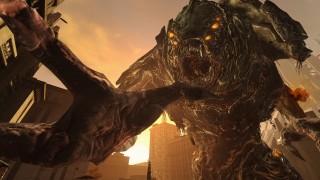 Ugh, how can you even LOOK at this? These graphics are so horrible! My eyes bleed! Doesn't anyone at Insomniac know how to use Maya?

And it isn’t just the Internet.  I can point out more than one time that the same implacable reasoning (that is, x sucks because, well, it does) has been used in my physical presence.  It’s part of the discourse.  And often the reasoning is, well, flimsy: whether or not Resistance 3 looks as good as Modern Warfare doesn’t actually mean much to how good the game is.  A favorite example of mine, actually, regards Assassin’s Creed, a series of “terrible games” that “suck,” according to one of my friends, who I am not certain has ever picked one up, ever.  After pressing him, I managed to get out that the key reason for this suckiness was that “you fight Templars.”  (It is worth noting that the potential for offense, to a Christian like the aforementioned friend, is not lost on me, even if his complete willingness to blow Arabs or Russians away in Modern Warfare creates an apparent double standard.  Ubisoft is also clear on this point, as they provide a disclaimer at the front of every Assassin’s Creed game to the effect.)

Thing is, it’s not that I disagree with these sentiments, necessarily; not always.  The first Assassin’s Creed, at the very least, was a huge barrel of missed opportunity and repetitive gameplay: I might, in a fit of informal editorializing, say that is “sucks.”  (The sequels, however, are amongst my favorite games of this console generation). But I can be very clear about why I hold this opinion.  I certainly won’t make such a bold statement about something I haven’t even played.  All that would do is incense those who disagreed with me; it’s not in the least constructive.

I have often wondered where the causality lies in this trend.  Is this all-or-nothing, with-us-or-against-us mentality a result of the increasingly hostile, fractured social sphere that is Western civilization?  Is this an instance of people being willing to say more extreme things behind the veil of anonymity that the Internet provides?  Or did this rhetoric always exist, but only the Internet has allowed us to actually hear it from more than one or two people?  I mean, were hordes of people hanging out outside movie theaters in 1987, screaming how Superman IV sucks?  Before seeing it?

I have never quite understood what compels people to be so divisive over trivial things.  (I can barely understand what compels people to be so divisive over really important things as to not brook any discussion, but this isn’t the place to bemoan that.)  I am a devoted fanboy of many things.  I will sing the praises of the stuff I like all day.  But never have I felt the sort of vicious need to defame stuff I care for less, or those that happen to like it fine.  I find World of Warcraft incredibly boring, but I don’t think it sucks, nor do people who play it fifteen hours a week.

And, I mean, the thing is, in entertainment, anyway, it just seems completely unhelpful to anyone for this culture to arise.  We cannot expect every video game that comes out to be amazing, and yet it seems like a lot of people do.  If they can find imperfections – even small ones – the game “sucks.”  If – and I admit that this is a big if – publishers pay attention to what players are saying when handing down directives to developers, I’d wager this culture has contributed heavily to the number of clones of the Game of the Moment that we have to endure.  There’s this idea that if a shooter isn’t Modern Warfare 2, it sucks, because clearly Modern Warfare 2 is very very good and there can be no in-between.

I suppose this irks me more than a lot of things because, amidst the broad political and media climate that favors character assassination, pithy phrases, and outright sensational lies over anything real, it is in this realm of geekery that I feel I can seek some respite from the insanity that is the “adult” world, and I just don’t like seeing the same stuff from my fellow gamers that I am all too used to seeing coming out of Congress.  We’re better than that.