Is it fair to be doing first impressions of a game I’ve already finished? Should I not be reviewing it instead? Maybe. And shouldn’t I be pretty hard, even in first impressions, on a game I bought for $49.99 on Friday night and finished Saturday afternoon? Finished in probably… three hours, if I’m counting generously?

You’d think so. Under normal circumstances, almost certainly. But Child of Eden is not normal. It’s scarcely a game, and in it, “finish” does not necessarily equal “end.” While it will hold far from universal appeal, Child of Eden envelops the senses in ways few games can: not merely luminous but numinous, a dance of magical light and sound so precious and so sensually immortal it defies description. 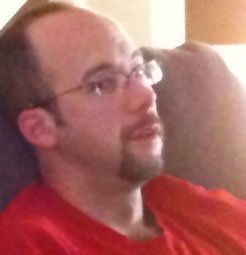 I judge you and find you wanting.

This is the look our beloved Jay Dobry gave me when I told him about Child of Eden.

He also treated me to an interpretive dance of what it’s like to use a Kinect, which I did capture for posterity in video form, but out of kindness I’ll spare him the shame. That his performance does match, more or less, the experience of using one is irrelevant.

Child of Eden – better known as “the reason to own a Kinect” – is the latest from Tetsuya Mizuguchi, the offbeat aural auteur who brought us Space Channel 5, Rez, Lumines, and, inexplicably, Ninety-Nine Nights. Most of his creations, Rez in particular, are partly attempts to capture synaesthesia and allow those who don’t have it to experience it. This so-called illness is a condition in which concepts are irrevocably categorized alongside sensory inputs: numbers might have colors to synaesthetes, for example, or the noun “wrench” might smell like mackerel. Mizuguchi, whose trancy-techno band Genki Rockets provides the soundtrack and lead character concepts for Child, mixes colors, motions and music in a way that is euphorically intoxicating. Simply by waving your arms at the Kinect you become part of the game’s explosion of color and sound, an experiential soufflé that transcends normal interactive experiences and becomes one of pure sensory submersion.

A Child of Eden live demo at some conference or another. If I played it in front of a screen this large, I would vomit. WITH JOY.

With Child of Eden, we get Rez in all the glory of modern consoles… and assuming you have a Kinect, you get the game as it was meant to be played.

What do you do? You wave your arms at stuff and look at a miragic swarm of riotous color playing in tune to beautiful music. I mean, the game has something to do with saving a girl and purifying a bunch of stuff that’s really pretty even though it’s supposedly impure, but the plot is kind of thin on the ground. You play Child of Eden to be transported.

Undaunted by Dobry’s evident derision, I demonstrated the game for him. His reaction, in real time:

00:41 – “And I’m assuming that the whole thing looks like this tunnel? How much did you pay for this? That is one hell of a tunnel, you pussy.”

00:54 – Dobry has fallen silent. I glace back. He is staring mesmerized at the screen, eyes wide, jaw slack.

He did manage to shake himself out of the stupor long enough to say “this is fucking retarded,” but slipped almost immediately back into the color-induced reverie. Even Mr. Grumpypants was transfixed by Child of Eden.

Child of Eden is beautiful, and immaculate, and intoxicating, and mind-blowing. While you can play with the controller if you must, you’re missing out. The controllers do employ rumble effects even if you’re not using them, so you can shove as many as the 360 supports down your pants, an action I wholeheartedly endorse DESPITE OF COURSE NOT HAVING TRIED THIS MYSELF. And every moment is a bit like seeing and feeling things that no one is supposed to see or feel, not because they’re horrid or hideous but because our brains are not meant for them. They are too lucent, too exquisite for us.

It’s short. Beginning to end the game is maybe three hours, even including the unlockable “Hope” level. But it’s infinitely replayable, and I can see immense potential for DLC.

Plus there’s more to the game than just trippiness. Mizuguchi is an out-there artist, but at the same time he is very connected to the human condition. You may recall a while ago the Child of Eden team invited people to upload photographs of their happiest moments, with a promise that those selected would appear in the game. And indeed, the climactic “battle” is a visual and auditory paean to human joy, speaking not just of the rich vastness our senses can offer, but the very potential of the species, captured in a brutal sucker-punch of bliss as weighty and disorienting as a brick to the face.

Some might argue, perhaps correctly, that not everyone is going to get $50 worth of return on their investment. To those people I say, “buy it anyway.”

15 Responses to Impressions: Child of Eden

Side by Side: The Series So Far…