Tap: Much of your work has a very textured, industrial feel that to a large extent must be influenced by your past experiences; do you ever have a preference to what you create or are your tastes ever changing?

Daniel: Often I’m asked the question on where I draw my influences. I try to soak in as much as I can from multiple sources and dig into many areas I don’t know anything about.  I’m probably just cracking the surface, but it’s enough to get my curiosity going and when I learn new things whether in the field of science, geography, anthropology, history, I’m always fascinated.  The internet has made this casual exploration so much easier.  I’m not claiming by any means to becoming a scholar, but the internet is really good at giving a taste of all kinds of domains that were initially out of reach. I let all these bits of information and knowledge sink in.  I push them to the back of my mind and forget about them –seemingly — and allow things to simmer and whatever resonates at a deeper level, I eventually feel a need to share it.  To bring it back to light.  So as far as my interests, as far as pieces I’m interested in creating next, it comes from within.  I don’t have an agenda or plan and don’t work by a road map.  Its something that accumulates to the point where it needs to be expressed and shared and I then let it surface.

Tap: You’ve described ArenaNet’s art team as the strongest you’ve ever worked with and this undoubtedly comes through with the scale and splendor of Guild Wars 2.  Do you consider the industry places enough emphasis and recognition on its art teams?

Daniel: Absolutely not, ArenaNet is the exception. It’s part of my personal agenda to do whatever I can to help game art eventually get the recognition it deserves and game artists to be taken seriously as entertainers and for their work and their value to be compensated accordingly. Too often in this industry art is an after thought. More often than not the expectations are set too low. It isn’t always regarded as an equally important component next to game design or technology.  I’ve made this joke many times, at the risk of repeating myself: there’s this mentality:  “It’s like sex —when it’s good it’s great, when it’s bad it’s still pretty good.” It’s such a powerful vehicle and such a shame to underutilize it. 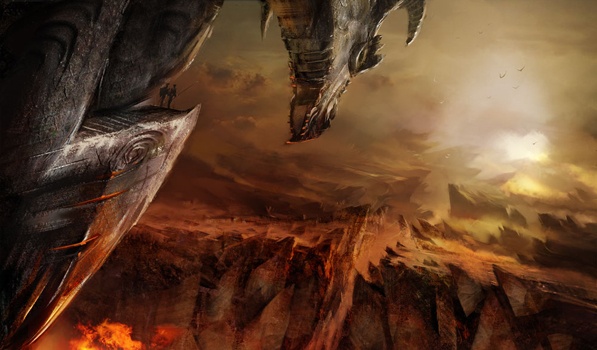 Tap: The user interface of Guild Wars 2 is unique in its painterly style and brush stroke animations.  What was the reasoning behind this and how did it come about? Was it influenced by yourself and do you wish it had been taken further?

Daniel: I’m glad you’ve brought this up.  We actually proposed it for Guild Wars, but it was too soon, though.  As you know, the company had been founded by engineers and it was too shocking of a change I was proposing.  After having shipped four games under Guild Wars, our team had by now earned credibility and respect and our studio had become known for its art-centric culture.  The second time around, we had more street ‘cred’ and we pitched it a lot more convincingly.

We proposed it from a pragmatic angle: the reality that we could not afford to put together a cinematics team that could compete with Blizzard in terms of size, nor did we want to spend a huge portion of the budget on cinematics. Rather than going the realistic route with high production values in a conventional, traditional sense, we stepped back and looked upon our strengths and weaknesses.  We’d always been known for strong concept art and having a really accomplished team of illustrators and digital painters on staff. We might as well make the most of it by going in the opposite direction and differentiate ourselves from our competitors. It turned out to be a natural fit because of our team’s composition.

Everybody is having a great deal of fun going this route.  We’ve unified stylistically the cinematics, user interface, and all visual branding. The painterly, hand-crafted quality is pushed everywhere onto in-game assets. Even our presence at trade shows and PR events will hopefully enforce this hand crafted theme. It all started because it was something we wanted to do, but we had to wait for the right moment and approach it from the resources angle.

Tap: You must work incredibly closely with ArenaNet’s 3D artists, how does it feel to have your work realized and animated?

Daniel: It is satisfying to see one of your concept materialize, but it is even more satisfying to see your concept elaborated on and improved upon.  And that’s what’s very important to me and something I keep repeating, especially to the young artists who join us.  A good modeler is capable of delivering ‘spot on’ and staying very true to a concept – a great modeler, though, is capable of building upon it.  Taking a concept as a starting point and bringing their own contribution. Looking at it with a critical eye; dissect it, analyze it, understand it, form an opinion or attitude towards it and then add that layer of your own to the concept.  It is extremely satisfying to me when I see a concept of mine brought to a level I wasn’t capable of seeing or anticipating. 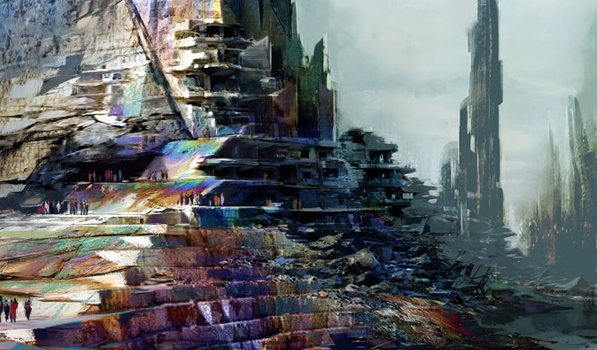 Tap: Are you protective of your work or do you allow for open interpretation of your concepts by the 3D artists?

Daniel: Not only am I not protective, I encourage interpretation and expect it.  I reserve those creative liberties to the more experienced artists—those at entry level have to earn a level of trust, so at first they are expected to execute and implement. As they prove they’ve assimilated the style and fully understand it, gradually, depending on their own abilities, I push them to bring more and more of their own contributions.

Tap: You’ve won countless industry awards and must be incredibly proud of your work, but what is your real crowning achievement?

Daniel: I really don’t see it that way. Am I proud of my work and achievements? Yes. But I’m always hoping that the best is still to come, that my best work is around the corner.  Every time I pick up a tool to start on a new piece I hope that it’s going to be better and I’ll be proud of it and it’ll qualify as my best piece so far. It hardly ever turns out to be the case when I’m done, whether I look at it and wish I had pushed it further, or wished I had avoided certain traps. That only motivates me to try again. I don’t want to believe I’ve reached the peak of my growth; it would be devastating to feel that way, which is why I value a great deal the company of the talented young artists on our team. They are the ones who push me without knowing, the ones that keep me going and to earn their respect on a daily basis I need to be the best I can. They are growing fast and I can’t afford to settle or stagnate because they are all over me!  I love that sense of friendly competition.

Tap: Do you have any personal goals remaining and do you see yourself within the games industry in say 10 years time?  Would you ever return to teaching?

Daniel: I do have personal goals, yet I don’t put a time frame on it in terms of a number of years I want to continue to work. I want for the next years to be the most intense years of my career and to produce the absolute best work I’m capable of. To use these next few years to create a platform for myself and earn industry recognition that would allow me to hand pick the projects I would want to be involved with next. To continue working because I choose to, not because I have to, and to only pick the projects that allow me to be relevant and make a difference. As far as teaching, I may continue to do it on a casual basis in the form of workshops, demos, or lectures.  I don’t see myself going back to full-time teaching because I feel that extracting yourself completely from development isolates you.  People who teach game development full time often become irrelevant by losing sight of what’s going on in the industry.

In the final part of our exclusive interview with Daniel Dociu, we’ll peek under the lid of the Sylvari redesign, discuss his involvement with Guild Wars 2’s marketing, and learn his view on aspiring concept artists…