Two things are happening in the United States tomorrow, both of sufficient gravity that watchers from beyond our borders should be at least somewhat interested.

First, the mid-term election is going to go badly for the Democrats, which is unfortunate because Democrats are awesome.

Second, oral arguments begin in Schwarzenegger vs. the Entertainment Merchants Association at the United States Supreme Court. Up for debate is whether it’s a violation of the First Amendment for a state to enact a law restricting the sale of video games to minors.

UPDATE: a PDF transcript of oral arguments can be read here.

In all honesty I’ve avoided discussing this issue very much, because it goes without saying what my opinion is. And given precedent – eleven precedents, to be exact – it seems unlikely that the Supreme Court will rule against the games industry. No court has. To quote game attorney Tom Buscaglia,

“…each and every time this issue has been reviewed by a Circuit court of appeals, statutes restricting the sale of violent video games to minors has been found to be invalid. The question of why the Court accepted this case has been the subject of discussion among industry lawyers.” 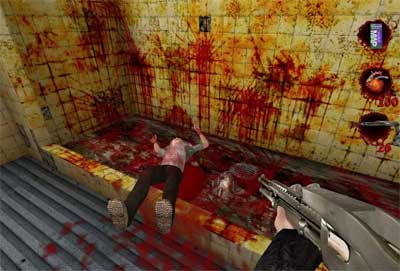 Which actually also explains the heartburn many in the industry are feeling right now. The U.S. Supreme Court only takes a handful of cases a year; usually those with significant Constitutional impact. Given that every single time a U.S. Appeals Court has heard this or any related video game censorship case it has ruled against the censors and in favor of the industry, it doesn’t seem like something the Supreme Court needs to spend much time on. Eleven times in major appeals, our legal system has said it’s unconstitutional to restrict sale of content in video games to minors.

The implication, therefore, is that if SCOTUS is accepting this case, it might mean to reverse precedent. Why? Who knows?

Unfortunately legal proceedings at this level often take on overtones similar to our political campaigns. Jack Thompson, naturally, filed an Amicus Curiae brief for the plaintiff, but his disbarred and crazy status kept him off the list. Other, less bombastic opposers of games have gotten their briefs accepted onto the pile. I’ve read some of them, and while a lot of the legalese was gibberish to me, I did see the approach they’re taking. It’s the same approach they always take:

The bad guys have submitted a reel showing gameplay footage that includes the usual suspects. The EMA, meanwhile, has submitted one that includes some violence but also makes an effort to show off the depth and breadth of other types of play. 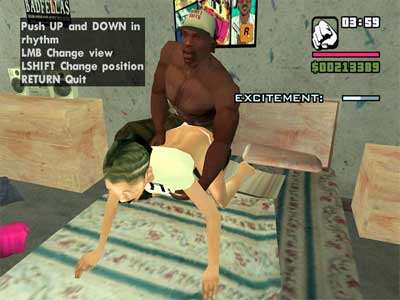 When Schwarzenegger – egged on by longtime anti-game advocate and State Senator Leland Yee – appealed this to the Supreme Court, the industry didn’t get too twisted up. He’d made a fool and a hypocrite of himself by signing the bill in the first place… the Terminator opposing violence. Quite frankly few believed the Court would accept the case, given the long history of precedent. And if it had rejected the appeal, the debate would be over and the ruling of the previous court (that restricting content or sale of games to minors was a violation of free speech) would stand. Bam, problem over.

Understand, though, that the issue is two-sided, and only one of those sides is legal. Practically speaking the legal side is a lot less significant. If the very worst happened, if SCOTUS ruled that such laws were constitutional and they sprang up in every state in the union, you know what would happen?

It could be pretty bad, or it could turn out rather insignificant. The danger is that even international developers the might balk at creating certain kinds of games, knowing they’d be restricted in one of the largest markets. As for developers themselves, some might move to less overbearing countries while others would stay here, recognizing that a restriction on sale to underage players doesn’t necessarily translate into a huge reduction in overall sales. Lots of gamers are over 18, and lots more have parents willing to buy the restricted games for them, for better or worse.

I don’t even consider those parents “bad.” Assuming parents know what they’re buying and trust their own children to deal with it properly, what’s the problem? Not all kids are exactly the same. One twelve year old would be fine with F.E.A.R., while another might have nightmares for weeks. You can’t standardize this stuff, it has to fall to the individual parents.

Anyway, remember we’re not talking about “banning” here (though that might be what they’d try next) – we’re talking about fines for retailers if they sell this stuff to kids. Many retailers would solve the problem by not carrying restricted games (which would hurt the industry), but many others, like GameStop and Best Buy, already card you when you buy a Mature-rated game. Heck, they card me, and believe me, while I like to think I’ve retained my youthful good looks into my thirties, I don’t look under eighteen. So a Yee/Schwarzenegger victory might not really change much from a consumer standpoint, though if Yee wins his victory it’ll be a pyrrhic one. He’ll likely be protecting the little children by putting their parents out of work. Because as much as Leland Yee would hate to admit it, hundreds of thousands are employed in the games industry in the United States. It’s not a garage industry with a handful of people. 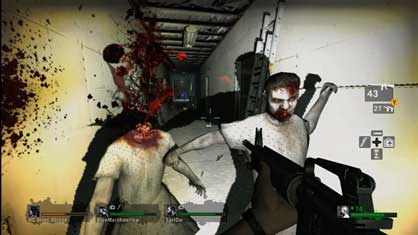 But the real threat, the long-term threat, is the social acceptance issue. The local news is quick to blame video games for all kinds of stuff as it is. Many people who don’t play games are only barely coming around to the idea that the medium is a valid art form and worthwhile pastime. Believe me, I deal with these people every day. If video games suddenly lost their free speech protection all that progress would be erased. And that’s really the great fear in this. “Games are clearly evil,” people will say. “The Supreme Court says so.”

Some have rightly warned that this could cripple innovation in games. It could. But worse, it could cause the medium’s progress toward acceptance to screech to a halt. It’s happened before, and media have never recovered from it.

Comic books, anyone? The instant the Comics Code Authority came into being, any chance comics had of taking their place alongside novel or cinema died. And the chance is still dead, despite the now-toothless CCA. Despite Watchmen. Despite Grant Morrison and Alan Moore and Brian K. Vaughn. It’s a matter of perception. Even now, even with all the great literature we see in this wonderful visual format, the very word comic has a childish connotation that it will never shed. Personally I would prefer games not suffer the same fate.

The other reason I haven’t spent much time discussing this is that there’s very little anyone can do, which is frustrating. The industry’s lawyers are quite competent and understand the issue well. The briefs have been filed. Arguments are the last stage before the Court retires to debate for a gazillion months while we all walk on eggshells, terrified that yet another mentally ill, badly-parented kid will do the sort of thing that mentally ill, badly-parented kids tend to do, games or no.

Everyone wants to protect children. I don’t even like children and I’m generally in favor of keeping them safe. But when does enough protection become too much? That’s what I want to know. When does banning Jarts and putting helmets on kids and shielding them from any kind of violence stop helping and start hurting?

I have this vision of a kid being born today to two loving but ultimately misguided parents, who – fueled by the government’s ongoing overprotection efforts – vow to shield him from everything that might cause harm. The child grows up never playing a violent video game, or even a game of Cops and Robbers. He’s never given toy weapons or little soldiers. He’s strictly banned from scary or violent movies. His parents convince his school to outlaw Dodgeball because they dislike the idea of failure that it can imbue. Our imaginary child grows up in a world completely divorced from the real one.

And when he turns eighteen, that kid is drafted and sent off to war in China by the very government that instituted rules to protect him from experiencing unpleasantries. And one day a grenade lands in his foxhole, and he sees his best friend blown to gobbety smithereens. He himself loses both hands and is showered by the gore from his liquefied buddy. And that is his first experience with something bad.

While I and everyone else with skin in the game have no problem with voluntary rating systems and voluntary enforcement, there is a huge difference between parents being foolishly overprotective and the government doing so.

Oddly enough Rush Limbaugh has emerged as a vocal supporter of total freedom for video games. He doesn’t want a government telling him that he can’t eat trans fats or play violent games.

Of course, there’s a big difference between trans fats and video games, isn’t there? The former creates a public health issue that translates into cost for all people. The latter has no impact on fellow citizens whatsoever. Am I in favor of banning trans fats but not video games? In general I’m not in favor of banning anything. It rarely works and creates problems. We saw that in the United States with Prohibition, we see it every day with the war on drugs.

There are so many things governments should do but don’t, and so many things governments shouldn’t be involved with but are. The money spent on taking this appeal all the way to the Supreme Court could have been used to create useful education for parents, so they could make their own decisions on video games and a million other parenting challenges.

One thing is sure: no matter which way the Supreme Court rules, there’ll still be violent video games, and there’ll still be young people playing them. But that doesn’t make the argument or ruling irrelevant. To me this is not a matter of free speech protection or even censorship, but a battle for the perception of this medium. And while I’m inclined to say that the Supreme Court will do the right thing and put the issue to bed once and for all, if only because of precedent, I do worry.