“To put it bluntly and briefly, at present we’re only bringing in about one half of the minimum money we need to survive as a company, and that’s quickly eating through the rainy day money that we’d set aside.  At this rate, if sales don’t pick up then we run out of money sometime in November.”

This is a crying shame because I’ve personally never witnessed a company that so consistently gives to its community, whether it be through a stream of quality updates and mini expansions or their staggering after sales support and willingness to listen to the community. They’re a model company and one that’s in danger.

Arcen Games have so far released two games to widespread critical acclaim and while I’ve played both titles enough to heartily recommend them I don’t believe I’ve played either nearly enough to yet warrant an insightful First Impressions or a Review. I sorely hope to rectify this sooner rather than later.

So while the time is ripe I’m going to give you quick idea of why I think AI War and Tidalis are worth your time, and hopefully your money.

AI War — Arcen Games’ flagship title — is an entirely unique and gargantuan real-time strategy that pits you against two highly intelligent enemy AIs. At the beginning of the game a galaxy is procedurally generated (there are apparently a total of 16 billion variations each with their own specific units) and after selecting a planet system to start on you are then tasked with locating these AIs and destroying them. The only problem is that the AIs control most of the galaxy and with every planet system or key resource you take control of, the more aggressive they become in trying to blot you out. This means that haphazardly fleet spamming each planet system you come across will only increase your chances of an early defeat at the hands of two seriously pissed AIs. The key is to surgically strike given systems for technology and resources, causing as little commotion as humanely possible while building (and defending) a supply line right up to the frontiers of an AIs home planet. It’s a delicious idea that makes the intensity of the game scale naturally with your progress and it encourages careful and considered decision making.

One of the things that struck me with AI War is how streamlined unit and resource management is which, given the game’s scale, should be expected. Units prioritise attacks against enemies they are strongest against rather than hammering away at any in range, resource gatherers can automatically be created on each available resource planet wide rather than having to place them individually, engineers can be set to automatically repair units and assist building across an entire planet system rather than having to micromanage them into helping where needed. Units can also be put into two different attack modes: attack-move and free roaming defense. The former orders units to pursue and destroy enemies that career into their attack range and move back to their original location while the latter allows units to pursue any enemy within a given planet system, regardless of range. Though small, these types of features — of which AI War has plenty — give the player a great deal of room to focus on the grand strategy of the game rather than worrying about the menial stuff, a problem which I find so often plagues RTSs. 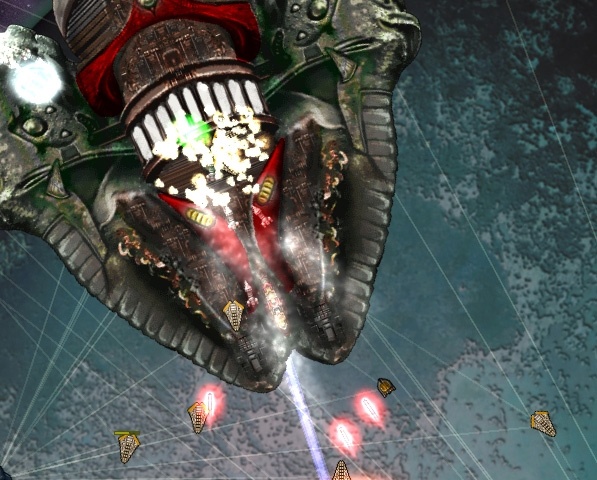 The icing on this deep filled cake is that it can be shared with up to 8 players cooperatively providing you can rally enough friends to join you. RPS ran a brilliant after action report some time ago which they’ll hopefully be following up at some point so I highly recommend reading that. Since its original release in June 2009 the game has seen update after update to the tune of version 4.0 (Mac compatible) being released in October. The Zenith Remnant mini-expansion was released earlier on in the year while the upcoming Children of Neinzul, currently in beta, is due out in October as well. All proceeds from the Children of Neinzul expansion will be donated to the Child’s Play charity, this was decided upon before Arcen Games’ ran into financial difficulties and is something they don’t wish to go back on.

AI War: Fleet Command is a huge game and to cover all its features here would be silly when the full list can be viewed over at Arcen’s site right here. If my rambling hasn’t convinced you then a ton of glowing reviews can be read here while a demo for those wishing to see what all the fuss is about can be downloaded here. If you’re a strategy fan then you owe it to yourself to check this out; it really is unlike anything else.

On the other end of the spectrum is Tidalis, a charming and rather clever match 3 puzzler. Players are required to rotate coloured blocks and try to fire ‘streams’ towards other similarly coloured blocks. As each block is hit they in turn fire off their own streams, hopefully causing a chain reaction and thus clearing more blocks and bagging more points. It’s a subtle and simple twist, and one that I found quite tricky to grasp at first — I’ve never been any good at puzzlers, save for Meteos — but with a little forethought, some reflexes and a bit of luck I was able to get some good chain reactions going, much to my amazement and satisfaction. Tidalis is a great little title that features a load of different play modes, allows for coop and competitive play both locally and across the net, has a variety of different special blocks that affect the gameplay in different ways and has perhaps the most oddly catchy soundtrack I’ve heard in some time. It’s damn good fun to boot. 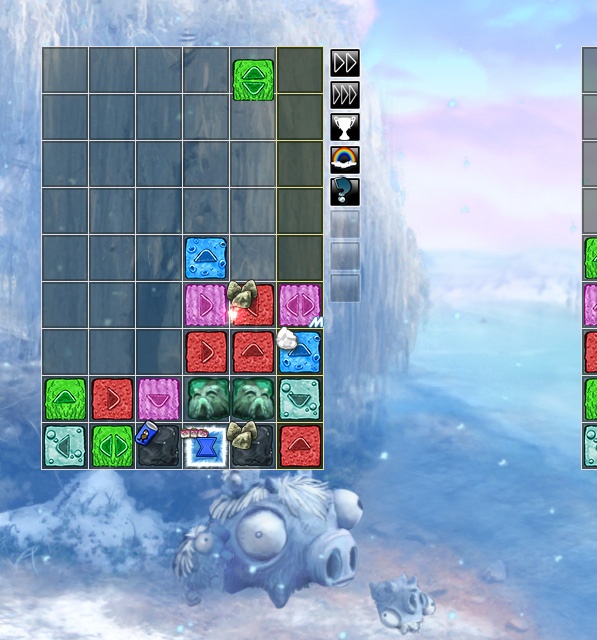 A full list of Tidalis’ features and a glut of positive reviews can be viewed here and here respectively and if you’re interesting in trying the game out then the demo can be downloaded from here. Tidalis is also Mac compatible.

If you know anybody who may be interested in either of these great games then let them know!! It’s clear that developing innovative and fun games, garnering a pile of rave reviews and providing top notch support wont sell AI War and Tidalis alone so spread the word, Arcen Games need you.

8 Responses to Arcen Games Need You