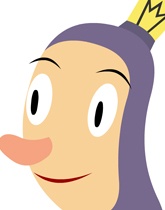 Review by Lewis B
Hamlet

“With some good puzzles and graphics that appeal, Alawar Entertainment could have made something special. Sadly, Alawar’s Hamlet is tragically slim in its design and falls far short of titles it is vying against.”

As a huge fan of the Romantics and of the playwright William Shakespeare, having studied his most famous works during my adolescence (A Midsummer Night’s Dream remaining my firm favourite), I now find myself playing Alawar Entertainments Hamlet, the newest addition to their brand of casual, try-before-you-buy video games.

I winced at the prospect of a videogame basing itself around the most famed of Shakespeare’s works, and the thought of Alawar dismantling such a literary masterpiece to a commercial audience, in the form of a 25 level, old school adventure game.

Shakespeare’s tragedies, for which he is most famed during the 1600s, and specifically that of The Tragedy of Hamlet, Prince of Denmark (to give it its full title), irrespective of personal exposure to 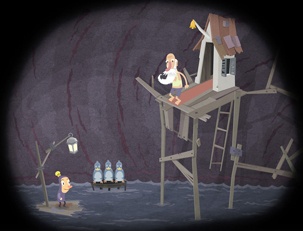 such classics, conjures to most the picture of Hamlet holding Yorick’s skull aloft alongside the synonymous soliloquy “To be or not to be; that is the question.” In Alawar Entertainment’s adaptation however, the stage is set for a scientist to save Ophelia from the clutches of Claudius as our eccentric fellow, during a rudimentary introduction, waylays Hamlet having landed upon him via his space craft. I can already hear Shakespeare turning in his grave.

What follows is a series of 25 static levels that the player must “complete” in order to progress to the next stage. Each level sees our scientist in various circumstances that hamper his progress and attempts to save Ophelia. Within each level the player must cause objects to react within the surroundings via mouse clicks alone. If within the level an object is actionable, it will react once selected, with the culmination of these actions in the right order resulting in an on screen outcome that allows our scientist to continue on his merry way. Much like painting by numbers, and very much akin to Samorost.

The puzzles are much harder than they sound, but are gloriously simple and well designed. One particular early favourite was finding Ophelia trapped upside down in a cage, with three blue penguins sat atop and keeping it submerged, while trying to discover how to free her. My concern however, and what became apparent, is that such a simple design approach leaves the player with very little tactile feedback. Clicking away on screen at objects that give no indication they can be interacted with leads to the first several minutes randomly selecting objects in the hope that they spring to life. From then on, once usable objects have been established, it simply becomes a case of trial and error, although sound does play a part in some puzzles, which is a welcome touch.

The lack of physical action and simplistic animation, coupled with a weak atmosphere within each stage leaves the game feeling incredibly flat despite each level being bright in colour. Hamlet’s clash of style suggests in its simplistic approach, alongside its “casual” marketing that it is attempting to appeal to a young demographic, yet the puzzles belie such design and I would expect are far too difficult for most. Although a hint system is available, the single use timed restriction placed upon it feels overly controlled. Inevitably, if a user is finding a puzzle too difficult it makes little sense to restrict their ability to discover the answer in the way Hamlet does. Adopting a hint system like Broken Sword would be a far greater addition, and considering walkthroughs are freely available online, it seems ill thought out.

What did agitate me however, was the blatant disregard for the source material Alawar had at their fingertips. I don’t have a problem with literary adaptations with films being the most common beneficiary of such endeavours. But, where Baz Luhrmann’s film adaptation of Romeo and Juliet drew equal praise and criticism from literary preservationists, at least he had the vision and principals to not only retain the story’s beauty through its language, but to bring a story hundreds of years old to a new, younger audience who may or may not have heard of Shakespeare.

Alawar Entertainment have blundered what could have been a simple adventure game that retold the story of Hamlet, in a way that children and adults, who have no desire to seek out the original 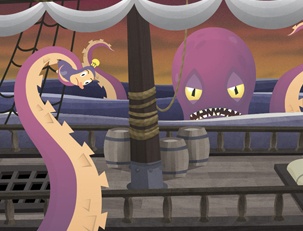 source material, would enjoy. Would it really have been much more difficult to create a similar game utilizing the settings and true characters of Shakespeare’s Hamlet in the same graphical style (to ensure the wider audience), instead of implementing scientists and pseudo replacements in a fractured dysfunctional landscape that serves no connected purpose and has no relevance.

Amanita Design succeed in their efforts through creating fantastical game worlds full of character and charm, with its puzzles and the static nature of play seemingly irrelevant when the atmosphere envelops the player. When the first of their titles is free, and the sequel only $5, I would struggle to justify the purchase of Hamlet.

Despite some good puzzles that will have your brain ticking and graphics which appeal, it falls far short of titles it is vying against. Simple adventure games for children telling the story of Shakespeare’s classics through interaction would be a winning formula, and one which I would certainly buy into. Alawar’s Hamlet is quaint, yet tragically slim in its design and is a missed opportunity they really should have tapped into.