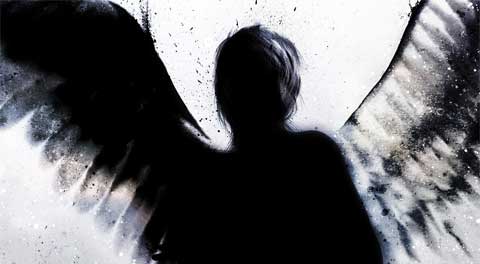 I hadn’t heard of Hot Blooded Gaming until this morning, when GP linked to this piece by Kreyg, the site’s founder. A thoughtful, melancholy article about how videogames acted as a guiding force in his life – a protector during dark times and a limitless resource of joy whenever it was needed. I’ve always felt that it takes real courage to write articles like this one, to wear your heart on your sleeve the way Kreyg does. So check it out.

My earliest memories are of videogames. I don’t recall the specifics, but at some point in 1980 my Dad came home with a copy of On-Line’s seminal Mystery House – one of Roberta Williams’ first games. My brother, my Dad, and I played that game on our Apple II+ for hours over the next year, and it was through the text parser that I learned to read.

While Kreyg details what can only be described as a fairly miserable childhood, mine was more or less the opposite. I grew up in a stable, loving family, I was not the fat kid, I did okay friend-wise in school. I had less to escape from than he, but when there was escaping to be done, videogames were my avenue of choice.

Gamers in general come in many shapes and sizes but are united by a shared love of the hobby. There is one differentiator, though – it’s not PC vs. Console, it’s not Casual vs. Core. Those comparisons are irrelevant. For some, gaming is a hobby that they love and (in many cases) seek out in advance of any other entertainment. For others, gaming is something that has become part of us, as much as our hands or hearts are part of us. The difference is subtle and difficult to vocalize, but it’s there. Even if Real Life Responsibilities reduce our time in front of the screen, games still call to us.

Now of course, there’s nothing wrong with being the former type of gamer. I enjoy music, but not in the same way it’s enjoyed by someone for whom music is their life. Doesn’t make me a bad person. In fact, it’s very tough to be what we’ll call an Inherent Gamer – young people who fall into this category are often teased at school, and often subject to parents or similar responsible individuals who quite sensibly want them to enjoy activities other than videogames as well. Adults who are Inherent Gamers are often perceived as enjoying something “for kids,” which can hurt them personally and professionally. It’s not because other people are judgmental.  Inherent Gamers are hard to understand. Most normal people, for example, wouldn’t fire up a videogame on the day they’ve learned that someone close to them has died. An Inherent Gamer might. Not to escape, not to forget what’s going on, and certainly not because they don’t care… they do it for the same reason that we hold our breath when under water and breathe instinctively otherwise. They do it for the same reason that snakes slither or cats stare at the floor for hours on end. They do it because it’s natural for them, and to not do it would be unnatural. But other people don’t understand that, so they get mad (or baffled). Which I can totally sympathize with, but it doesn’t change reality.

Kreyg’s introspective and frank article made me feel a bit of a kinship with him, because despite the fact that our life experiences have been so markedly different, we’re both Inherent Gamers. And there aren’t as many of those as you might think. He called videogames his guardian angel, and he’ll always be able to find reprieve and comfort in them. Even for those who don’t have gaming in their very bones, there’s something to be learned from that.

11 Responses to A Guardian Angel