It’s a sad day in the Briggs-Burnell household.  The time has come to finally hang up my MMOG (Massively Multiplayer Online Game) boots.  It’s been a rocky road, and with over ten years experience under my belt and wishing that such an achievement could be placed on my C.V., there isn’t one commercial MMOG on the market I haven’t played.  Some less than others, and some with eye watering /played times.  But, I have come to a point in my life where I need to acknowledge that at the tender age of 25, I can no longer sit in my pants, in a darkened computer room the size of a broom cupboard, playing a fictional character for sixteen hours per day (eight hours on a week day) eating only once in a twenty four hour period and weeing in a cup for fear of missing something.

I have responsibilities now; a mortgage, a cat and a girlfriend.  Of course, the responsibilities do not lay specifically in that order, however there is a silent agreement between myself and the missus that such behaviour listed above A) won’t be tolerated and B) is a little strange (which of course is true).

I’ve tried the “I’m just going to pop online for a couple of hours darling, won’t be long” approach, to find that eight hours have passed by and my girlfriend has a face like thunder.  I’ve also tried to regiment my time, which in most circumstances defeats the point of playing an MMOG.  As someone who has spent over 500 hours on Pokémon Red, I am no shirker when it comes to investing time in any videogame, and sadly two hours online every other day just doesn’t cut it in my eyes.

The sad thing is, being unable to play starts to hurt your ego.  No longer are you top of your game with armour and weaponry so sought after it makes others cry.  Instead, I’m the Tiger Woods of the MMOG world.  A once feared opponent who has fallen by the way side because of his personal life.  My form starting to falter early as I’m no longer playing for eight hours a day, I’m rusty in combat and don’t have time to read the patch notes.  I miss my Guild meetings because I have to go shopping for groceries and I’m soon dropped from my Guild altogether through lack of attendance.  “What a shame.” they say, mocking me with their abundance of free time and commitment free lifestyle.

But it gets worse, you start to question how much of your happy lifestyle you are willing to sacrifice for a game.  You look at your partner and question whether she/he is right for you after all, and begin to judge how much you would actually miss them.  You also ask yourself whether the brand new house which you adore is actually worth it, and if you would be comfortable living back with your parents.  Or even your friends, if you actually liked them in the first place.  You start to plot your leaving, spurred on by the thought of achieving greatness once again.  And then, something just clicks.  You don’t need to be online any more, and find your enjoying offline single player games.  That two hours here and there is sufficient, as your actually making progress.  That storylines are possible and that talking to real people about MetaGems isn’t a necessity. 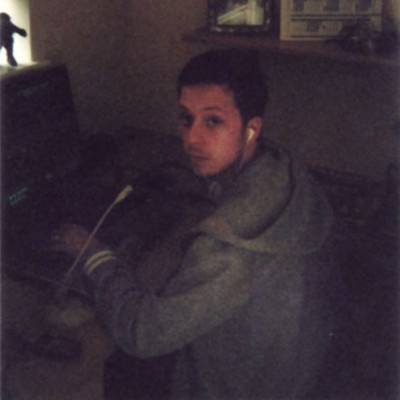 And so, as one chapter of my gaming life closes, and the door to single player thankfully re-opens, I thought I would give those of you who want to risk delving into the murky waters of MMOG’s, my top tips for instant online success.

You have been warned 😉

Everyone say a nice hello to Lewis B, another member of the B clan who suffer beneath our cruel overlordship. Lewis also runs the gaming blog Dancing Cactuar (I had to Google “Cactuar,” and now I know) – be sure to check it out!