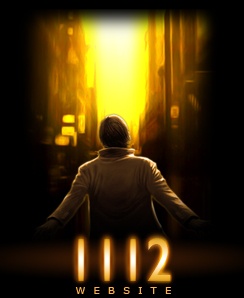 Need more gaming to go? France-based Agharta Studio has released the first episode of their interactive adventure, 1112 for the iPhone and iPod touch. This first of six planned episodes will introduce players to Louis Everett and his wife, Anna, of Jalonsville, NJ as they attempt to uncover the mystery of Louis’ constant headaches and bizarre dreams.

The game features gorgeously hand-drawn 800×600 environments, multi-touch zoom feature, an intricate dialogue system (both multiple choice and manual input) as well as a complex and twisted storyline. The developers list the TV show, Lost, as one of their inspirations, so players can expect not-easily-explained happenings.

I’ve spent about ten minutes with the game and have only managed to turn off Louis’ annoyingly high-pitched alarm clock with one of the Touch’s unique features and then proceeded to get trapped in the bathroom with no clue how to back out. Maybe I should read up on the controls?

1112 is only available for download from iTunes’ App Store for the meager sum of $7.99USD. Stay tuned for more updates as I stumble my way through virtual New Jersey.