I suppose it’s worth warning you from the get-go that this is as much an opportunity for me to rail just a little against the mediocre 2009 crime thriller The Lodger as anything.  But with that said, I promise I’ll try to make it seem like there’s a point to the whole affair so that the rant is more than just thinly-veiled.  Ideally, I’d like it to be veiled in, like, thick curtains of some kind, maybe.  Or some kind of rain resistant tarp.

My problem is that The Lodger, like probably countless films and TV shows before and since, simply gets facts – facts! – blatantly wrong.  And in this age of free information and “Google” being in the dictionary, there’s really very little call for things to be wrong for no reason.  Once upon a time, proper fact-checking could and would be a bit of an ordeal, more than, perhaps, it was worth for the sake of a minor TV plot or something.  Now, though, we’re talking minutes.  Tops.  And that’s where video games can stake their claim.

But let’s begin at the beginning(ish).  The Lodger.  It’d been on my list of movies to see for a while, not least because I could stream it via Netflix.  Not even so much because I like crime thrillers, as I’d heard little good about it.  No, it’s because when I’m not busying myself being a graduate student or amateur game critic extraordinaire, I occasionally fancy myself a casual Ripperologist – that is, a devotee of the study of the crimes of Jack the Ripper, the world’s most notorious serial killer.

The Lodger builds its plot around a modern-day, LA-based copycat killer, and by necessity cites many things about the Ripper case as the plot evolves.  Some things are pleasantly obscure, most of them so much that a tiny, tiny percentage of people would know (or care) any better.  Internally things are kind of jammed into place so that they work for what the movie’s doing with them.

Of course, for some of us, revelatory scenes when a character says, “A-hah!  He’s exactly recreated the double event!” when the killer quite clearly hasn’t is, well, unforgivable.  Because some of us are nerds and cannot stand for people to be wrong.

But really, I hardly need to go to some obscure movie nobody’s seen that misquotes obscure facts nobody knows in order to find places where film commits this greatest of geek sins.  Not so long ago I was part of a student team building some educational mini-games for a visitors center at the University of New Haven.  The games were supposed to teach the general public about (real) forensic science and crime scene investigation – not least because, well, TV screws that up countless times a week on cable.

Sometimes, for fun, we’d find ourselves digging up stuff like this Cracked.com article, which features a mere 8 grievous examples of film and television getting technology completely wrong – things like a character who holds “the high scores on practically all MMORPGs on the market!”

I’ll let that one sink in a moment. 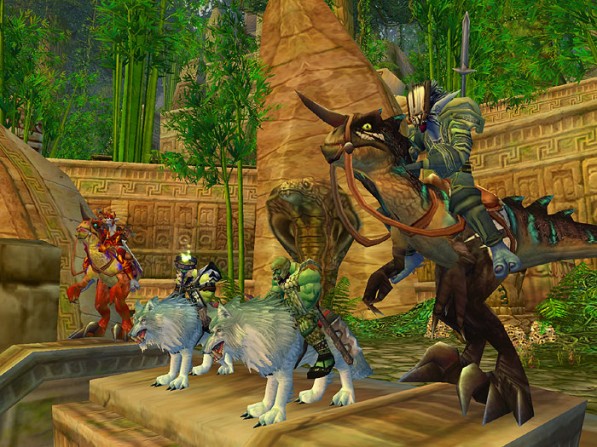 Ready to move on?  Good.

Point is, a lot of entertainment media is terrible about having their facts right, and really it’s hard to tell quite why.  It really is very, very simple to check these things quickly.  But that it’s not done isn’t news.  We’ve long since come to accept that movies and TV and stuff will be fudged here and there for drama, and that’s very well and good: frankly, 100% real forensic science wouldn’t make the most compelling prime time television, for instance.  I guess maybe no one really expects to be given any real information from their entertainment, which I think is a little sad.

Which brings me to the part we’re all really here for: video games.

Video games are in an odd place these days because of how mainstream they are becoming without quite being there yet.  Part of what comes with that is the fact that nobody is quite sure what to expect from “the game industry” in terms of standards, since it’s yet to develop the kind of entrenched practices that Hollywood has.  If anything is sure, it’s that games are increasingly compared to the other forms of entertainment vying for the attention of consumers, and often times not favorably by those who aren’t already gamers.

But video games have not yet developed the expectation that they’re constantly making stuff up and passing it off as “historical accuracy” or whatever.  There’s an opportunity here to nurture a trend of games being freaking right more than their competitors.  (Dare I go so far as to say “smarter”?)  Because even though we kind of know that Hollywood is constantly feeding us a load of crap, factually, we tend to eat it up anyway.  My soul dies a little whenever I think back to the number of conversations I had with user testers about forensic science that included the phrase, “But I saw them do that on CSI!”  Computers are not magical crime-solving machines, people.

Fortunately, we’re off to a pretty good start.  Because games are often built on the quest for verisimilitude, a lot of games already try to build in a lot of proper, implicit facts.  You may be hard-pressed to think of something that’s come up in dialogue, perhaps, but it’s subtler than that.  Seriously: the guns players can use in Call of Duty exist.  You could play CoD forever and never really care, but if you’re a weapon aficionado, you’ll find that they behave pretty much like they should.

Fact is, the rigor of this kind of thing is often greater in games than elsewhere because their audience experience things in such greater detail.  I could not (and, thankfully, would not – there’s hope for me yet!) try to count the number of bullets someone fires out of a P90 on film, but when I’m playing a game, if I don’t get the proper number of rounds to a magazine, I’ll definitely notice.  On occasion (such as with LA Noire) games will even painstakingly recreate actual environments.  Sure, movies can do that too, but they can get away with less – viewers will only ever see the things at which the camera points.

Heck, games have even give Jack the Ripper proper treatment.  For basically the same reasons that I watched The Lodger, I played Sherlock Holmes vs. Jack the Ripper a year or so back.  As a game, it’s got some high points, but is bogged down frequently in dull fetch quests.  But the thing is, when it does get down to the crime of the 19th century, it gets things right.  The crime scenes that Holmes visits are accurate to police reports of the time.  The victims are right, the locations – all those things.  The Lodger didn’t even get such big details correct. 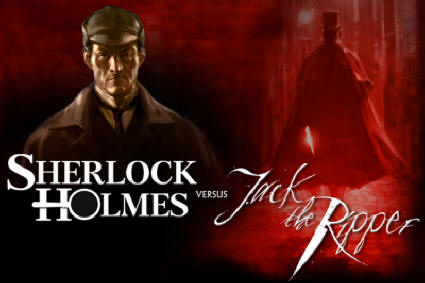 So I really sincerely hope that the game industry continues to practice this sort of rigor.  Not just because we’ll notice if they don’t, but because it’s just really nice when a developer treats me like I have a brain.

Perhaps I’m placing too much emphasis on this entire issue, but at least to me, I feel good that the design teams behind these games respect my intelligence enough to get these little things right – and a bit insulted that Hollywood just doesn’t care.