Players have come to expect much more from a modern frag-fest since the early days of LAN parties, late night marathons and reams of cable underfoot.

As the foundation of multiplayer gaming for an entire generation, Quake, Unreal Tournament, Counter-strike and Team Fortress have permanently scarred the industry’s landscape with their impact.  Even now, developers strive for the success that heralds from these synonymous titles, and yet, in over ten years the principal foundations put down by them have stood firm…

As access to broadband gathered speed, so did the true potential of multiplayer gaming.  Quake and Unreal Tournament (UT) found themselves tapping into an entirely new audience, no longer trapped in a paddling pool of players, but instead capable of diving into an audience of millions around the world.  Computer controlled bots or death-matching with rudimentary dial-up connections have thankfully become a thing of the past, as accessibility through online speeds and match making has swiftly become standardized.

Originally developed as a third party modification for Half Life, Counter-strike to this day remains one of the most popular modifications online. With sales in excess of 13 million units, and released in three versions (Counter-strike, CS: Condition Zero, CS: Source) the server numbers still continue to outnumber many modern competitors.  The key model of its success has been replicated by countless AAA titles to great effect; Modern Warfare and the Battlefield series owe a great deal to Counter-strike’s competitive, tactical gameplay and level of realism, which has a fine balance between accessibility and depth, that keeps players absorbed.

The shift of focus from death-match to team orientated play, with single point focused objectives, allowed for a competitiveness much greater than a player’s personal score.  Where 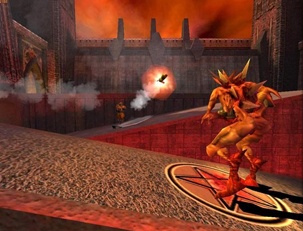 Capture the Flag or Double Domination were prevalent in Quake or UT, they still remained solitary affairs as players dipping in and out of online games passed aside co-operation for personal points and ego boosts, in a bid to top the score boards.

By slowing the pace of the genre, Counter-strike forced a method of play on players that was worlds away from the spray-and-pray gameplay of Quake and UT.  The requirement to crouch and burst fire in order to retain control of your aim, alongside jump restrictions and tactical equipment brought about the core mechanics we continue to appreciate today.

It would be unfair to undermine the skill ceiling of Quake or UT in contrast to Counter-strike; both Quake and UT offer a level of twitch gameplay that has seen a series of televised tournaments, alongside full time gaming professionals earning hundreds of thousands of pounds a year in prize money.  However, it could be argued that the changes made by Counter-strike have raised the bar of player potential significantly.  From experience, those who play Counter-strike seem far more capable of making the step back into traditional frag-fests, while those accustomed to Quake or UT find it significantly harder to step-up.

As an amalgamation of Quake’s blueprint, taking the elements of zone domination and capture the flag, Team Fortress implemented a new layer of skill by the insertion of nine individual classes, each with their own distinct play style, strengths and weaknesses, as well as varying degrees of weaponry.  The impact was instant, with players finally able to revel in a character which reflected their style of play and personality, while still taking part in a game that encouraged team work to be truly effective, but with the instant reward and score recognition of Quake or UT.  A sequel to Team Fortress, and specifically Team Fortress: Classic, was inevitable, however it took Valve more than one attempt to get it right.

Team Fortress 2, in its original inception was very much in the same vein as Quake Wars.  A realistic squad based shooter with a grittier, militaristic feel and an emphasis on the 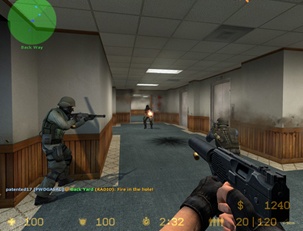 accessible realism of Counter-strike, but retaining the class based play.  Over nine years of development time later however, and the game is unrecognizable; sporting a cartoonist, cell-shaded appearance.

However, what is interesting is that Valve stripped the game back to its bare bones, almost replicating the simplistic approach of Quake III, and recognizing that the principals behind a class-based, team-oriented game is that players should have to work together in order to be effective; no excuses.  What’s more, Valve acknowledged that there is no need for gimmicks to make a game enjoyable, when the foundations of each class and the core design of two sides fighting one another is more than sufficient.

Keeping maps tightly objective-focused, alongside the removal of grenades (giving the Demoman a guaranteed role) added a new level of tactical play, while the streamlining of each class, stripping back each role to their basic mechanic, further emphasized Valves team values.  The Medic in particular demonstrates the approach perfectly, as existing titles such as the Battlefield series and Quake Wars still fall foul of balance issues, as dispensable medi-packs tip the balance of solo play. Implementation of a Medic’s ability to render himself and a partner invulnerable as a reward for prolonged healing became the answer to many support role quandaries;  finally offering those who wanted to work entirely in a support role but on the front lines their place, while still maintaining and strengthening the team model.

Caricatures of each class honed to hilarious perfection, and introduced through their own marketing campaigns, brought about a new personality to the game.  Automated vocals when killing, killed or hurt alongside player controlled taunts added a level of comic fun never seen in such an all too serious sub genre.  The Heavy in particular still hilarious as you hear him cackling away in his clichéd Russian accent.

While Team Fortress 2 found itself released from the realistic mold, Valve had the ability to really turn on the charm, no longer shackled by logic.  The unmistakable banner over your opponent’s head when personally dominated by them gives rise to the hunter becoming the hunted, as mini skirmishes and grudge matches build up.  The fanfare of accomplishment when finally getting your revenge still remaining deliciously sweet as you enacted your slaughter.

What remains just as important from Team Fortress 2 however, is not only the fact that the game has redefined the entire approach to a sub genre, but that it demonstrates a continued effort from the original development team.  Countless free updates and patches have continued to pour out of Valve’s offices, giving each class entirely new sets of weapons and tools that offer new dynamic methods of play, alongside their own draw backs (the Engineer’s is still pending).  The addition of new game modes and vetted player created maps also rewards the community for their continued support.

Recently Valve have begun to release a series of hats that can be worn by any class.  Serving no other purpose than for style-points, these hats range from the weird to the wonderful, 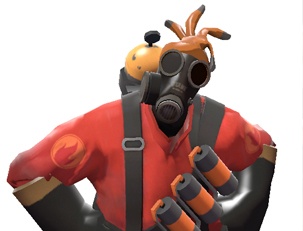 and make already humorous classes even more hilarious.  Seeing a Pryo running around with a chicken-glove hat on, or a Scout wearing a top-hat never gets tiresome.   Randomly earned, they aid in players continuing to feel independent as they now get to choose their weapon load-out as well as look.  It must only be a matter of time until the first new outfits are upon us.

Valve have also recently announced (alongside their websites daily insight into Team Fortress 2’s development) that players are free to submit their own headwear directly to them, through a specific page on the Team Fortress 2 blog.  The hats, if with the level of quality Valve expect, will be placed directly in game and become available for everyone; the most recent being an Elvis Presley quiff and shades.  This almost sandbox approach to development from Valve (you must read their website to believe it) is unknown in the industry, and is something that they hope will continue as the lines between developers and communities are blurred.

Some of the player made maps, and objects (notably the Demoman’s recent weapon releases designed by two community members) are stunning, and it is to Valve’s credit that they continue to let the community in.  Without doubt Valve’s approach to Team Fortress 2 has raised the bar of what I expect from similar games, but regrettably not all studios have the resources or ability to self publish like they do.

What I am wondering now however, is where will the online element of the genre go from here, and will anyone other than Valve revolutionize it?  The realistic approach has been flogged to death, while vehicles have very much been part and parcel of rival titles since the later versions of Unreal Tournament.  Developers such as ID and Epic Games however seem to be struggling for new ideas.

Until recently, the only changes to the genre’s team based format has been Left 4 Dead, that was yet another modification team brought under the wing of Valve.  While changes such as destructible scenery in Battlefield Bad Company 2 still make for great additions (and great games) I am just wondering if there is anything left to draw from the sub genre besides refining what we already have.