Professor Drew Davidson, Ph.D., Director of the Entertainment Technology Center at Carnegie-Mellon University, can be a little intimidating when seen from across the room. A big bear of a guy with a beard and long dreads, he doesn’t match the traditional vision of “college professor.” I’d be quite surprised to learn Drew owned anything with elbow patches.

I first met him at SIGGRAPH several years ago, when I was sitting on a panel and he was giving some papers. We happened to share a table at the evening’s drinking and snacks networking event, and as we got to know each other I found that while he may look intimidating, he’s one of the nicest, most sharply curious, and most intellectual people you’ll meet in this field. He loves discussing games, chewing them like gummi to break them down and find their meaning. It’s no surprise that he’s the mad genius behind the Well Played series, which thanks to him I had the honor to be part of. In this Celebrity Guest Editorial, Drew remembers the time before the end of secrets, and what it will mean for game design. Take it away, Drew!

We live in a post-secret world. In this day and age it’s hard to say if there even are secrets anymore. This seems true on a both a personal and global level, with Facebook actively enabling people to overshare, WikiLeaks releasing classified documents and cables, and Gizmodo scooping an iPhone4 before its official release. Thinking about our post-secret culture, I think it has three particular aspects; and that these can have an effect on our experiences of playing games, which I believe could be considered in the design of games. 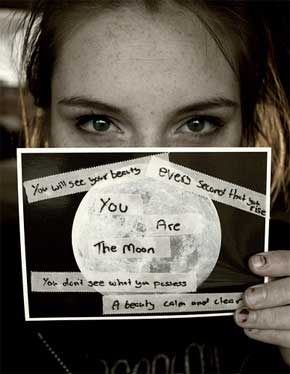 First off in our post-secret exposé, let’s consider personal privacy and how much information people (and players) are willing to share. Facebook enables and encourages us to share information about ourselves (to a fault even), and people tweet pretty much anything that’s going on in their lives. And with Flickr and YouTube, we can post all the pictures and videos we care to share. Heck, there’s even sites where you can post your secrets (starting with PostSecret.com). What’s interesting about this is not only that we’re getting extremely comfortable sharing, but that we’re getting more accustomed and acclimated to being an active “star” in our daily lives. We can easily check out pop culture and entertainment media to see what celebs are up to, and we can just as easily film and photo our own exploits, mashing up our own music videos and pro-am fashion shoots.

Our pop culture, and the 24/7 media coverage, makes up the second aspect of our post-secret world. Think about it, when was the last time you discovered a game (or movie, or comic, or TV show) that you hadn’t already heard about online or from a tweet?  Just think about music in particular: it’s ridiculously easy to find new music now. Once upon a time (pre-internet), you were stuck with what was playing on the radio (and then there was MTV) but all and all, it was mainstream music that you had access to (unless you were lucky to live in a city that had a good music scene). And going to college was this rite of passage where you could get exposed to a larger variety and diversity of music (from independent to international). Nowadays, you can just hop online and find music from all over the world, and with services like Pandora, you can easily find even more. And it’s not just music, it’s amazingly easy to find whatever you want now (and plenty of it). So, we’re all already in the loop on what’s going on in pop culture.

This leads me to the third aspect of this post-secret world, and it’s the most revealing of all. And it can be summed up in one word: spoilers. It’s not just that we’re always already in the loop, we can also find out what’s going to happen before we even have the experience. You have to make a conscious effort not to be exposed to all the secrets and surprises found in our shows, movies and games. And if you want, you can go to GameFAQs to solve a puzzle, or to IMDB to find out about the twist ending , and that’s just the tip of the iceberg. It’s really ridiculously easy to always know what’s going to happen before you even have the experience.

And so, these three aspects of our post-secret world have an impact on our gameplaying experiences. We live in a world where players are more comfortable sharing ourselves in tweets, photos and videos. Social games are one of the hottest segments of the industry, and almost every game comes with multiplayer features, and now everyone’s talking about the gamification of everything. In this day, players (can expect to) see screenshots, free downloadable demos and lots of coverage around the games they’re going to be playing. And the coverage is so diverse thorough they can just as easily find out about AAA titles, as they can about social games and mobile games, and niche indie games. On top of this, players can find out as much as they want about a game, how to solve a puzzle, the twist in the story, the trick with the final boss, etc. This is the current post-secret world in which we’re playing games.

That said, I think this post-secret world opens up some interesting game design opportunities. Take the idea of being the “star” of your photos and videos, and think of how easily that translates to being the “hero” of the games you play. And we could make the most of players’ willingness to share, and get them more involved in actively creating crucial content for games. Spore and LittleBigPlanet are just two examples of this, while many games provide level editors and there are more great modding communities just waiting to be born. 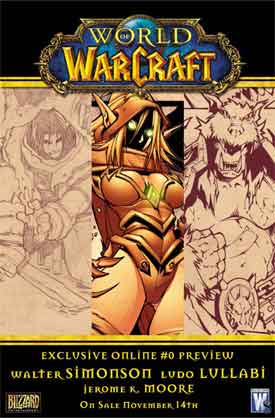 And we can make the most of players’ immersion in pop culture and game media coverage. This can get them excited to get involved with a game. Thinking on a cross-media level could help share more information in more creative ways. Backstory could be provided in a comic or website, and related minigames could unlock more content to encourage fans to dig deeper. World of Warcraft has excelled at this, but it’s not the only game with good supporting content developed in other media. So you can not only get them creating content, but you can get them engaged by rewarding their attention by giving them even more access in the world of the game itself.

The ubiquitous digital distribution channels for games, enables us to patch any bugs and add features, and it can also help us think of serialized content that, while not spoiler-proof, at least continue offering new experiences, while also expanding the overall experience of a game. This also opens up the ability to more actively listen to your players and explore how best to get them engaged in shaping the experiences for themselves. Jason Rohrer’s game, Sleep is Death, takes this idea to an amazing extreme, and we can also see how Steward Butterfield and some other Flickr founding employees are trying to make the most of this with their upcoming game, Glitch. The very act of playing the game helps to expand what the game is.

This post-secret world affects how we experience playing games. It’s hard, if not impossible, to play a game completely fresh and be joyfully surprised by all that you experience. Instead, the pleasures of play can come along with all the information we have so readily at hand. So while there may not be many secrets, there can definitely be surprises to be found as we actively shape the games we play together.

If we’re very nice to him, Drew might stick around for a while to respond to comments on this thought-provoking article. Thanks, Drew, for sharing your contributions!