Day dreaming, I was trying to remember my favourite gaming moment. There weren’t any specific requirements, but I was finding it difficult. After playing videogames for over fifteen years, you would think countless memorable moments would pop into your conscience. I have no idea how many games I’ve played, it would be difficult to quantify. No doubt several hundred, but worrying that I cannot think of a favourite amidst the plethora of quality titles I have had the joy of playing…

I was sensible and started at the beginning, working my way back through the ages to the first games I ever encountered, attempting to pick my way through the cloud that had fallen on my memory recall. It’s harder than you think however, to choose a favourite. Much like choosing a favourite colour, it can change with the wind. I would wrangle for days as a child really trying to stick with a colour, eventually choosing one in particular when into my late teens. It’s still purple if you were wondering, but that doesn’t help my game quandary.

So naturally, I decided that I shouldn’t try to force a favourite from the nether regions of my conscience, it should be there, ready and waiting at the forefront. I should be able to pluck it from my mind, without a seconds thought. Here are some of those plucked.

Monkey Island was the first which came to mind. For some reason I suddenly thought of Guybrush Threepwood, running too and fro with a mug of Grog in order burn the bars of a jail cell, the verbal sword fights, LeChuck, the fantastic artwork and the hilarious dialogue, and having to follow some person I don’t remember through the woods and feeding dogs sedated meat.

Half-Life and the Black Mesa complex followed. Memories of quietly working my way around those green tendril like, beaked creatures that reacted only to sound (perhaps that was where my fear of trapped encounters with the blind comes from). This was accompanied by reminiscing about the marine and assassin fire-fights and being stunned at the quality of the AI.

Thirdly was World of Warcraft and joining Azeroth on launch day. Exploring the world within any MMOG for the first time is incredibly exciting, but something about WoW is simply irresistible. The colours, the possibilities, the vast expanse all ready and waiting was breathtaking, while the media circus surrounding its launch was infectious. Being one of the first European guilds to complete Onyxia and Molten Core was also an unforgettable moment. 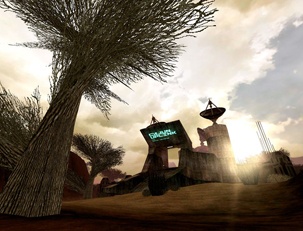 The fourth game to arrive from the depths of my gaming conscience was Neocron, and its Outpost Wars. A niche MMOG involving hundreds of people fighting against one another, played from the first or third person perspective. Playing as a Private Eye with my Liberator Machine Pistol, and Psi capabilities, I was feared by most players and was often hired as a mercenary. The futuristic theme, small class structure and depth of skill required was an adrenaline rush I have never encountered since. I never did forgive the developer for the catastrophic mess they made of the expansion pack.

Fifth came System Shock 2 and the paralyzing fear when bumbling about the robot maintenance yard, terrified of what robot might burst forth from their dock at any moment. The first encounter with an infected, and their subtle but haunting taunts as they rambled through the space-crafts corridors was completely unforgettable, and paved the way for the beloved Bioshock.

Sixth was Final Fantasy 7. The first game Gregg and I bought for the PlayStation, and one which blew both of us away. It wasn’t all pleasantries to start with however. “It’s turned based? Why can’t I just hit them?!” was our initial reaction when stepping from the train and encountering the first of the Midgard cannon fodder. Accidentally wiping Greggs save after he amassed 100 hours was also a defining moment (it’s a long story…)

Seventh came Thief and eaves dropping on guards. The dialogue and voice acting was absolutely flawless, while you couldn’t help but be intrigued and drawn into the world as you listened quietly along roof tops. Being chased by guards after a black-jack-gone-wrong were moments of 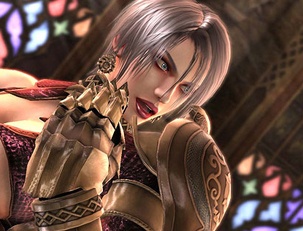 hilarity and terror in equal measure as you ran frantically through corridors trying to escape.

Eighth came Soul Calibur. Gregg and I used to play the game religiously, in bout numbers that would put off even the hardened of fight-fans. 400 consecutive bouts, with the scoreline standing at 200/200 was nerve wracking stuff, with a great deal of personal pride riding on the outcome. Gregg as the hulking Nightmare and myself as the buxom beauty Ivy was a clash of wits when both knew our opponents move sets and skill rotations inside out. It was a flurry of choreographed beauty at times.

Ninth came Tekken, and our infinite bouts between Paul Phoenix and Nina Williams, Greggs infuriating grapples and holds that I only learned to counter with Xiang Xiu and her slippery, enticing stances. Although Tekken has since fallen by the way side, it thankfully introduced Gregg and I to serious bout numbers within a beat-em-up.

Tenth was Super Monkey Ball, and the multiplayer madness that ensued. Trying to land your little monkey on the tiniest of platforms in the middle of the ocean was nerve wracking, knuckle biting stuff. Even more hilarious when faced with the prospect of being crowned “The Best Video Game Player In The Entire World Ever” (a verbal agreement between friends that cranked up the tension). One particular session saw us vying for the T.B.V.G.P.I.T.E.W.E. title by trying to balance our monkey across a beam no wider than a centimetre, which rose upwards. Needless to say much taunting and madness ensued when I completed such a daring feat. I still hold the title by the way…

Eleventh was Command and Conquer Retaliation on the PS1. Gregg and I used to slug it out for hours. Gregg the king of turtling as he bunkered in, with me 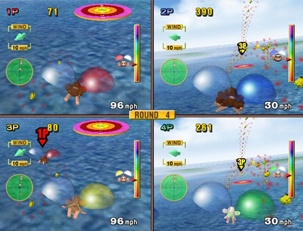 desperately sneaking in my Tanya to destroy his entire base. Hearing him going absolutely wild as I decimated his hard work, or with him attempting to sneak in a large quantity of shock-wave tanks without my noticing; priceless multiplayer fun.

Finally Pokémon Silver arrived in twelfth. I had amassed over 600 hours on my little critters, and while distracted playing Battlefield 2, Gregg decided he would have a go. Unbeknown to me, he had actually started a new game, and considering you can only have one save, had wiped my entire game for the sake of a ten minute run through with a character he named Barnes. If it wasn’t for the simple fact the name was hilarious, and Gregg was oblivious to what he had done, I would have probably thrown myself out of the bedroom window in despair. Boy did we laugh about it (and still do!).

There are many more that have begun to surface after chatting away with my brother over the weekend, and I have little doubt I could continue to list them, but I want to let others have the opportunity to discuss their own favourite moments. I am still undecided on my definitive favourite, and suspect I would need to spend a great deal of time combing through previous titles I have played to fully appreciate and evaluate which games have impacted upon on me the most. Although many I have listed are not strictly moments within games, it is often a multiplayer experience directly from a game that has been the most memorable.

Gregg deleting my Pokémon save, or the sheer competitiveness erupting from playing Super Monkey Ball are times I will always remember, and still laugh about a great deal, the memory of them far surpassing any scripted moments Halo or Call of Duty could ever throw at me.

20 Responses to What’s Your Favourite?