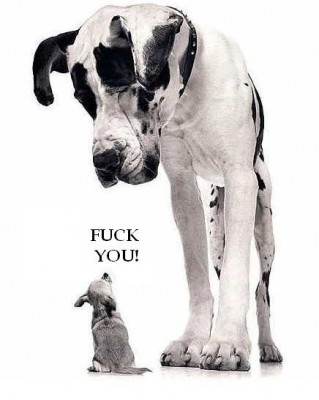 Facebook is evil. Google is evil. The internet is evil. And here is why.

I have a rule I go by that if something comes in threes in a short period of time it must mean something.  I’ve suddenly come smack up against the writings of Jaron Lanier, an iconoclastic thinker whose subject is this. The internet. Blogs. And doing stuff for free because it’s supposed to be cool but isn’t really.

The first Jaron Lanier encounter was from a friend emailing that he thought this Lanier guy was spot on. He provided a link which I clicked on but didn’t really read. The second was a day later when I picked up the February 2010 Harper’s Magazine and there was Jason Lanier penning an article entitled “The Serfdom of the Crowd”. Oddly, or maybe not as he probably has a very good publicist, later that very afternoon I heard him taking calls on a BBC radio program from a lot of irate web entrepreneurs.  Before I go any further let me quote some stuff from the Harper’s article so as you can get a feeling for this.

People degrade themselves all the time in order to make machines seem smart.

The Facebook Kid and the Cloud Lord are serf and king of the new order.

What computerized analysis of all the country’s school test has done to education is exactly what Facebook has done to friendships.

And this whole paragraph:

If you want to know what is really going on in a society or ideology, follow the money. If money is flowing to advertising instead of to musicians, journalists, and artists, then a society is more concerned with manipulation than with truth or beauty. If content is worthless, then people will start to become empty-headed and contentless. The combination of hive mind and advertising has resulted in a new kind of social contract. The basic idea of this contract is that authors, journalists, musicians, and artists are encouraged to treat the fruits of their intellects and imaginations as fragments to be given without pay to the hive mind. Reciprocity takes the form of self-promotion. Culture is to become precisely nothing but advertising.

I work a lot with advertising. Not in advertising thank god, but in a support field. I still remember with a chill an art director at Wieden and Kennedy, a hot shit ad agency based in my home town of Portland, Oregon, telling me way back in the late nineties that “everything is becoming advertising.” I laughed at her at the time because  the idea made me a bit dizzy and a bit ill.

Well, maybe she was right after all. We make less and less, do less and less and tell everybody about it more and  more. And we use huge, intrusive, privacy invading  systems to amplify our chatter. I’m a major offender, I admit. I’m evil too.

16 Responses to Screw the Internet