It is my belief that the term “computer game” is a misnomer.I have no trouble accepting the word computer, since indeed, we experience them on a computer.It is the word “game” that I have problems with.Surely most gamers are sophisticated enough to accept the fact that we have progressed to the point that the word “game” is not only incongruous, it is incorrect.

Today’s versions of “computer games” and “gaming” are no more games than reading a novel is a game.Instead, it is an art form that requires, at the point of origin (as well as at the point of execution), deep thinking, creativity, cleverness and the ability to see beyond as well as beneath the surface.Indeed gaming is one of the few forms of the entertainment media that not only requires, but forces out of the box thinking.That alone, in my mind, requires we classify computer gaming as art.

Professional game developers today are on the fringes of an art form, they are close, but have yet to hit the target.One of the single most important reasons they haven’t hit the target yet is basic:they themselves don’t believe they are engaged in an art form.Developers continue to believe their major role is to make money.Nothing wrong with that, gang, but we must never forget that the corollaries between what we call art and what we call gaming are absurdly similar. And yet there are still those who consider it a game because it is heavily interactive and played on a computer…that is akin to calling War and Peace a game because it is read on a Kindle. 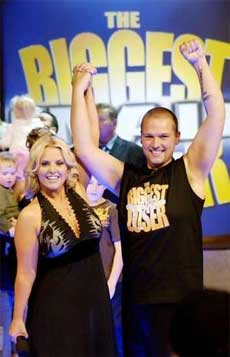 I would submit that interactive games are more an art form than are movies, most definitely more of an art form than is television.Think about it.Art disavows passivity.It requires involvement of the mind, fluttering of the heart, and a decision making process that forms a judgment regarding the value of the piece.Movies and television are passive in nature and thereby not as closely related to art as is the game experience.Now, that is not to say that all movies are not art.Many, many movies are…think Bergman; but do we really want to consider “The Biggest Loser” or “Grey’s Anatomy” art?

Of course a lot of games are crap…so are a lot of paintings, most movies and pretty much all of television.A great painting is art because it forces analytical review of its parts to develop a concept of the whole.Likewise, a truly great game developer forces analytical review of the parts to develop the concept of the whole.The issue is that most movies and virtually all of television require nothing from us except the price of admission and the time we waste.

The problem with our approach to all of this is that as parents we have been poor gatekeepers for our children’s entertainment.And worse, we tend to listen to those who know least about the medium and who gather their opinions from a mere glance, or the preachings of others.Why do we encourage children to study nudes in painting, but recoil at nudes in games?What exactly are we trying to protect our children from when we forbid them to play certain computer games?Are we afraid we will frighten the child?Or, are we afraid that allowing the child to play a game with some violence in it will make him or her violent?There was a time, after all, when most adults wore six-guns on their hips and carried rifles if they went into the countryside.How many of us turned into violent adults?As the gatekeepers we need to learn about the games, not simply depend on the rantings of the media or our politicians. 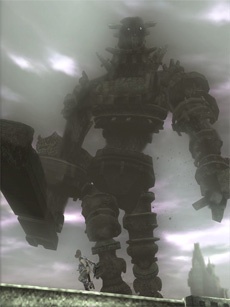 Any one of us can name dozens of movies that are jam-packed with violence and yet we allow our kids to go to the theater, and sit there, motionless, staring at the violence with nary a thought of how it will affect them.Does this not seem hypocritical?What are our justifications for one behavior while disallowing the other?How are we more damaged….by a madman chasing young women with a chainsaw, or by a game requiring we save the universe by ridding it of inimical insects, the undead, or even pimps driving fast cars?

The fact is some games are so brilliantly constructed they have moral and intellectual significance in our world.Many deal with serious issues of the day, but most of that is lost on us, commonly by a rating system which is as vanilla as is the rating system for movies.In an article written for the IGDA, Steerpike said:

If you’re a parent and you see a number or age category on a game box, how hard can it be to make the Herculean mental leap to the conclusion that the kid should be that age or older in order to play?

Ratings are not parental tutors. They eject their payload of information without any spin or discussion: this game is violent. That game has drug references. This game has lewd humor. That’s it; the ratings and content descriptors don’t tell parents how to parent, they’re just the facts, the equivalent of an ingredient list. It’s up to the parent, who knows their child, to make more fine-tuned decisions.

That’s it folks, it is up to the parents and the problem we face is that most parents know more about movies or television than they know about computer games.The saddest fact of all is that they are more willing to judge the computer game than the movie or the TV series.Most games, even those most criticized, force more deep thought and creativity from the user than will any 10 movies.So, all of that said, it leads me back to the original thought.Are computer games art?Hell yes, many are, they just aren’t recognized as such yet. Give ’em time.

8 Responses to In Defense of Gaming