So, SSX is back! Sort of. As one of my personal favorite franchises on the PlayStation 2, sitting alongside TimeSplitters as an early example of what Sony’s new machine could offer back in 2000, it’s long awaited return should be big news. But 10 years is a long time and much can change over the course of a decade.

Just how much can things change, exactly? It would seem quite abit. That most beloved arcade formula, with it’s vibrant visual style, over the top characters, imaginative track design, big scores and even bigger tricks, seems like a far and distant cry from what EA demonstrated at this weeks VGA ceremony.

Out goes the Tricky, in comes the Deadly Descents.

Incase you haven’t already seen it, the launch teaser trailer is now available for your visual consumption over at the the SSX: Deadly Descent official website. There’s also a description of what the new game will entail along with a small selection of handpicked photos.

“Players will explore the story of a team who seek to be the first to descend the faces of the most treacherous mountain ranges on the planet. The team will travel the world to face the worst that Mother Nature can throw at them. From the peaks of the Himalayas, where the air is so thin that riders have to descend through the death zone at breakneck speeds to keep from blacking out, to the solid ice ranges of Antarctica, where a sunlit line is the only survival option when temperatures drop 50 degrees centigrade in the shade.“

All sounds abit over dramatic to me. The site goes on:

“And the mountain isn’t the only danger players will face.  In SSX: Deadly Descents the first goal is to survive. The second, in true SSX fashion, is to look good doing it.“

That’s where I start to worry. Over dramatic is fine, even if it all looks and sounds abit too Call of Duty, but that last sentence sounds so ridiculously tacked on. Big tricks and scores are part of SSX’s heart and soul. Infact, they’re the only reason it really exists as a franchise. I just wonder at this point how much emphasis will be placed on that when EA has you hurtling down a mountainside at death-defying speeds. Not quite sure where classic courses like Tokyo Megaplex or Merqury City Meltdown fit into all this, either.

Perhaps it’s just the likes of myself standing in the way of progression, or just being grumpy for the sake of it, but there’s very little about what EA have shown us so far that appeals to the parts of me that still hold the original game so dear. So what’s the point? But, as always, I guess we’ll see. These are early days. In the mean time, here’s some pictures from Call of SSX: Deadly Descents. Ahem. 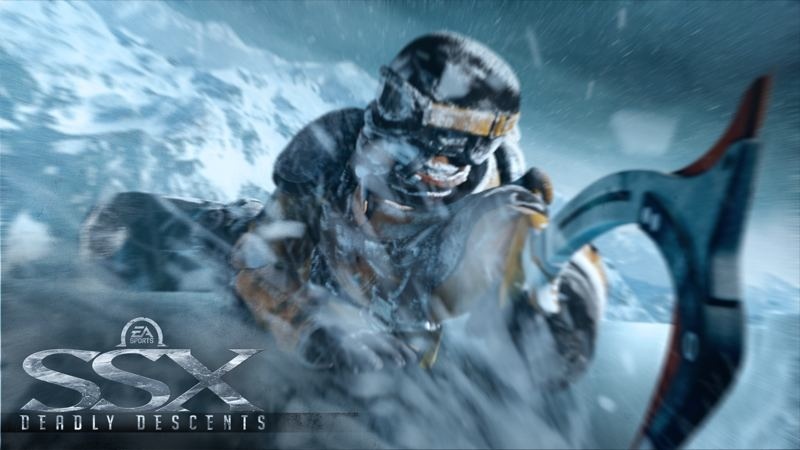 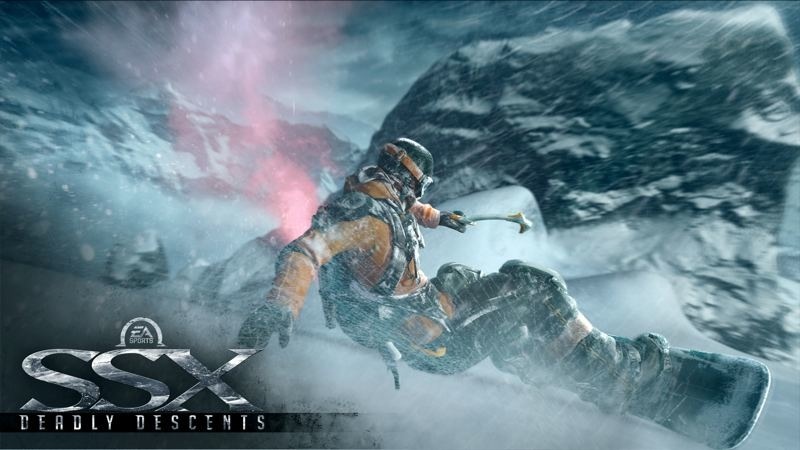 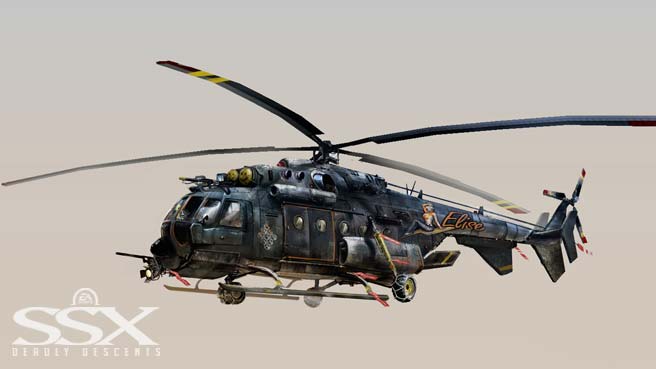