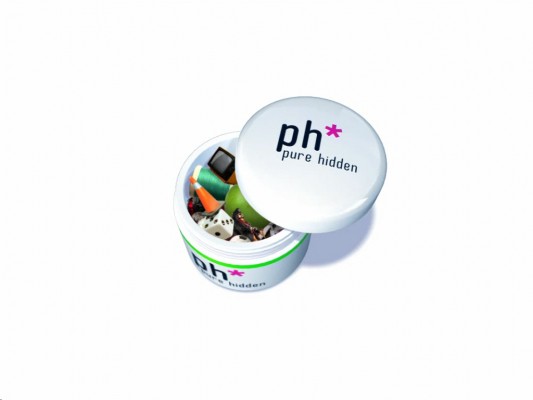 PC game development is a herd sport. If a game catches the buying public’s fancy with a new play mechanic, it doesn’t take long for the buying public to be confronted with a wide range of modestly different variations, each attempting to bring its own spin to the newly beloved play mechanic.

Take, for example, HOGs or Hidden Object Games. Once the seemingly exclusive property of the excellent juvenile I Spy series, HOGs, as soon as Big Fish Games and others figured out how to hide things, became a staple of downloadable casual game sites. And when the thrill of finding the vacuum cleaner in the stew pot (or the electric razor behind the bird’s nest or the ___ on top of the ____) began to wane, the IHOG or Interactive Hidden Object Game moved in to take its place. The IHOG spiced up the player experience by featuring mini-games between the object hunts and made the genre seem new again.

(3 Cards to Midnight added a not entirely successful spin on the IHOG formula by using the names of found objects as one word in a series of two word phrases (HOT potato, HOT dog, red HOT, etc.). It appears that the only folks following 3 Cards’ lead with this approach are the developers of 3 Cards.)

Then, out of nowhere, comes an IHOG so fresh, such a delight, that the only rational response is to drop everything and play it. As one reviewer put it, if you haven’t dropped everything to play it, what are you still doing reading this?

Developed and published by French game house, OUAT Entertainment, Pure Hidden captures the “software as toy” quality that Sims creator Will Wright has long used to describe his creations. It’s as if a gang of fine arts students took over a software publisher and started making things that amused them. Then, when they looked upon what amused them and saw that it was, well, amusing, they proclaimed that the whole lot of it would packed into executable called Pure Hidden.

Claiming to have hidden over a thousand objects in all (1001 to be exact), Pure Hidden offers, to quote the company writeup, “30 varied dreamlike HO settings transporting the player into different worlds.” As someone so transported, I can attest to that. I can also attest to enjoying the “12 puzzles combining logic and deduction” and the two dozen “interactive unpredictable and fun ‘surprises’.”

Pure Hidden lays out a path through its challenges. The player opens the first of 66 cream boxes and discovers something to do. It might be a rotating maze or a rotate the pipes maze, a “spot the difference” pair of pictures (some 2D, some 3D), a jigsaw puzzle, a modern bathroom in need of decoration, a physics exercise involving a cat, an apple, a teeter-totter, a river and a hoop, or one of Pure Hidden‘s wonderful HOG offerings. What makes them wonderful? Atmosphere.

How about a HOG that’s noirishly just black and white (artist: Emmanuel Picq)? Or a HOG screen that has moving shadows falling on it while a vaguely creepy soundscape hints at activities just out of sight beyond the border of the monitor? Or, and this goes for all of Pure Hidden‘s HOGs, a requirement that things be found in a certain order? That’s the real twist with Pure Hidden. The object list runs along the bottom of the screen. As you find an object, the object’s name disappears and another object’s name takes its place. If you are convinced that the Citroen 2cv pretending to be a snail must be a hidden object, you may be right. But even if you’re right, it won’t matter until Citroen 2cv shows up as a word in the list. It’s a neat twist that keeps one checking the object banner as new object names appear. Seeing an object, while useful, doesn’t count until one also sees the object’s name.

If a particular challenge is not to one’s taste, a five-armed pink asterisk can be used to reveal missing objects or bypass the activity completely. And, once an activity is completed (or bypassed), it is available for replay at any time. One of my favorites involves two diminutive characters playing rock, scissors, paper with gargantuan rocks, scissors and paper. The giant rock is particularly damaging to the giant safety scissors.

Part of Pure Hidden‘s charm is that the player is exposed to a different esthetic with each activity. Every HO screen reflects a different style. One might be Pop Art with a visual declaration of “This means Warhol!”  (artist: Fabien Montpion) and another might be hazy sunshine over an architectural ruin reminiscent of Thomas Kinkade (artist: Fabien Montpion again…talented guy). One could be a frame with a Gerald McBoing-Boing vibe and another a collage recalling Robert Rauschenberg. Pure Hidden revels in mixing up its visuals, leaving players with no idea what might lie beyond the next click…and yet eager to find out. (I played this game for delightfully long unbroken stretches.)

While Pure Hidden uses the growth of a highly stylized tree help players chart their progress, it’s really just a collection of fun things to do. And, as such, collections of fun things being few and far between these days, I’m giving it a Gold Star. It’s a sweet, clever, witty treat.