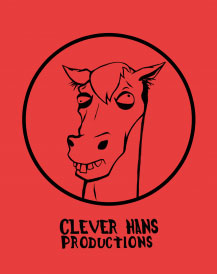 Tap reader and good buddy Igor Hardy of A Hardy Developer’s Journal clued me into his latest interview, this one with Andrej Bevec of Clever Hans Productions. The two-man team’s been hard at work on a new click adventure called Briefcase Romanin, a Microsoft Dream Build Play contestant.

Hand drawn and lavishly detailed, Briefcase Romanin won’t be limited to the 360 platform, either – there’s to be a PC release, and the luscious HD trailer (available below the clicky) is sure to pique the interest and whet the appetite of many an adventure gamer.

Eastern Europe is turning into a massive powerhouse of game development in all genres, but recently I’ve been seeing many potential success stories in the world of adventure gaming come from the region. While the genre hovers on life support in most other regions, teams in Poland, Ukraine, the Czech Republic, Estonia, and other nations seem committed to keeping adventure gaming alive. And while old Steerpike is first to admit that adventures aren’t his first choice for gameplay, any designer who cites Bulgakov, Gogol, Chesterton, Welles, Fellini, and Tim Schafer as influences, well, he’s okay in my book. Be sure to check out Igor’s interview, plus the trailer below!

Shavings from Other People’s Nightmares