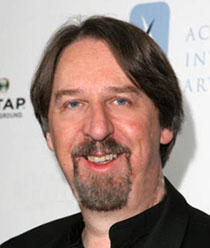 In a terse press release, the International Game Developers Association announced that Dr. Tim Langdell of Edge Games has voluntarily resigned his position on the IGDA board. As such, the recently announced special membership meeting to vote on Langdell’s possible ouster will no longer take place.

Regardless of your position on the recent furor over Dr. Langdell’s and his company’s behavior, it is interesting that Langdell’s resignation comes at a time when public opinion was ever so slightly beginning to swing back in his favor, due in part to a huge document dump from Edge Games that suggests – though doesn’t really prove – that indie developer Mobigame was much more in the wrong regarding its trademark infringement battle with Langdell than most had initially assumed. It is also interesting to note that this announcement came on the same day that Bob Bates stepped down as Co-Chair of the IGDA Board, to pursue another opportunity. The two resignations appear unrelated, though the IGDA Board, including Bates, was harshly criticized in the weeks leading up to today’s news for circling the wagons and refusing to take any public position on the Langdell issue beyond boilerplate statements of support. It does look like Bates will remain on the board, his Chairman responsibilities taken over exclusively by his Co-Chair Tobi Saulnier of Vicarious Visions.

Langdell’s departure leaves an open seat on the board. Three board seats are up for election this year, and this fourth grants IGDA members the opportunity to significantly reshape the board’s politics should they choose. Reformer Darius Kazemi is a likely victor, but three other seats are up for grabs. One does hope that the IGDA membership gets past its own crushing apathy and votes in individuals committed to long-overdue IGDA reform, before the organization is defined by nothing save its own irrelevance.

Update: Langdell has released a statement regarding his resignation. Kotaku has run it in its entirety here.

Update Update: it would appear my earlier comment about Bob Bates remaining on the Board was incorrect; he has resigned both the co-Chair position and his seat on the board.

One Response to The Edge of an Era