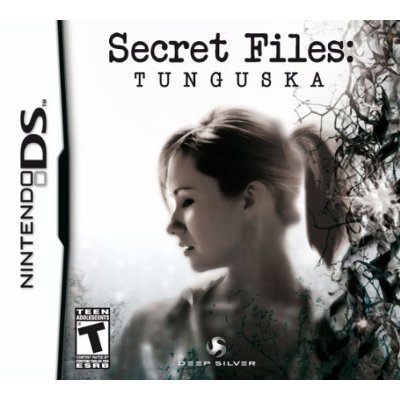 Can someone tell me why, in the name of all that is holy, is Secret Files: Tunguska getting ported to the DS? Bueller? I’m all for exposing gamers to those games they might not otherwise get the chance to experience. I love adventure games on the Nintendo DS – I’ve gobbled-up games designed specifically for the DS with a spoon. Games like Trace Memory, Hotel Dusk and Time Hollow; were brilliant in their use of the DS’ touch screen for “traditional” point and click adventure gaming.

Secret Files: Tunguska isn’t a bad game. It follows the current standard adventure game formula of having gorgeously rendered backgrounds, decent story, no overly ridiculous puzzles and semi-interesting characters. Okay, that last was a lie as several (most) of the characters are boring and stereo-typical, but I got over it. I played the game on PC last year and had some fun with it… up to the point of when I needed a cigarette. No, not in real life! In the game! Pay attention, people!

One of the game’s puzzles required a cigarette (better?). There were discarded butts scattered all over several scenes, but the game refused to even acknowledge those existed. I scoured the available locations to no avail. I finally resorted to a walkthough that told me where the much sought after cigarettes could be had – except they weren’t there. I checked another walkthrough with the same results. I was convinced I’d somehow broken the game. Finally, I found the answer buried in a game forum – seems I wasn’t the only one who’d not been able to locate those accursed cigarettes. The problem turned out to be the dreaded pixel hunt times 100. Seriously. The pixels for the cancer sticks was in the scene’s darkest corner and were so itty-bitty that even my meticulously slow scanning with the pointer had missed them at least half a dozen times! Apparently, I needed a Google turn-by-turn map to their “cleverly hidden” location. After the pixel hunt, I no longer cared. I did finish the game, but there was no joy in it.

And now they’re porting this exact same game to the DS’ tiny 3 inch screen? No amount of clever LCD back-lighting will save gamers from hunting those illusive pixels. Did no one learn from the Syberia port debacle?

6 Responses to It’s a Secret