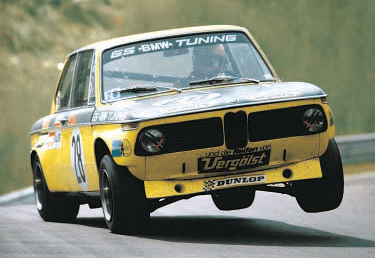 All in the name of research

Originally, driving games were not a genre I pursued. Even a minimal dose from the annual demo of the Need For Speed series was enough to satisfy the urge for some arcade like driving action. I’ve always felt real life motor sports were silly, harebrained endeavours but maybe that’s due to lack of proper exposure. European racing is difficult to find in North American media, and even things like NASCAR are about as far away across the continent from here as possible.

A friend got me online playing a racing simulation and I slowly started getting hooked. This wasn’t NASCAR, but a game involving road circuits and exotic cars from the European GT racing series. The arcade action is gone, replaced with real world physics and the ability to tinker somewhat realistically with the cars suspension and the like.

What I find fun about the game is the measurable progression at each stage of the process; the necessity to simply learn the turns when you start, the finer technical details regarding braking and turning points for all the corners, and how the whole mess has to change in one fluid whole as you get faster and faster on the track. As a rank beginner you learn the slowest way round but then with a handful of laps you start to make progress, and in this you cause yourself trouble. For example, executing a corner particularly well for the first time you might arrive at the following corner 20 km/hr faster than ever before thereby throwing your carefully marked execution points out the window, or tossing the window out with the door which went into the trees with the rest of the car. Far from being boring, this portion of learning the track is somewhat rewarding as new lap records occur relatively frequently and easily.

Being able to drive very expensive super cars around exotic locales with no risk of injury to my own precious self is also attractive. The graphics generated by the latest simulations are superb and the 3rd party peripherals for doing the actual driving have come a long way as well.

What is difficult to face is the scenario when this type of practice stops being rewarded with lap records. Now comes the part where, if you’re driven to continue, progress is measured in plateaus of performance with tiny improvements generally only coming after serious practice and repetition.

What is hardest to stomach is the fact that your fastest time is likely 10% slower (or more) than a fast time driven by what the online community call ‘aliens’. These are the members of the community who have a decade or more of sim racing experience with perhaps a real life racing background before that. The people who can keep their car on the circuit when you cannot, even when you seem to be following directly in their footsteps.

This second point bothers me not so much because I’m slower, because I recognize that I’m still early in this process. What really bothers me is this notion I ran across in an article Steerpike wrote for IDGA:   Brain Training.

The thought of my aging brain and entrenched attitude getting in the way of quick lap times is a bitter pill indeed. To be truly fast, a driver has to practice and put in the mileage and get to a state of technical proficiency, but second, I feel the driver has to let go of preconceived notions and use every advantage the track, car, and simulation have to offer in the pursuit of going faster. Letting go notions of line and car setup are essential in order to prevent endless repetition of the wrong approach.

Of course, after that, there is letting go completely of conscious will and becoming fast in the fully spiritual, “Zen and the Art of Archery” way, but we can save that for week five.

So then, what better place to start than the hardest racetrack in the world? Over the next few weeks and months I’ll be rehearsing and practising in an attempt to achieve a time that seems ‘out there,’ right at the moment. Hopefully, I’ll learn a few things along the way.

4 Responses to Questing for 7:00 on the Nordschleife