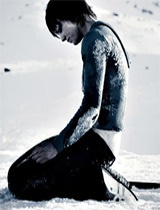 Directed by Roar Uthaug
From SR Norge AS
Released October 13, 2006

“Five teenagers wend their way to the top of a mountain to snow board down the back slope. There is the very hot teen couple, the not-quite-as-hot teen couple having relationship  problems and the lone and lonely male with a crush on one of the hot teen girls. They all take off down the back side slicing through virgin powder. Almost immediately the lonely boy breaks his leg, and as the group gathers around  him, they realize they are in trouble” 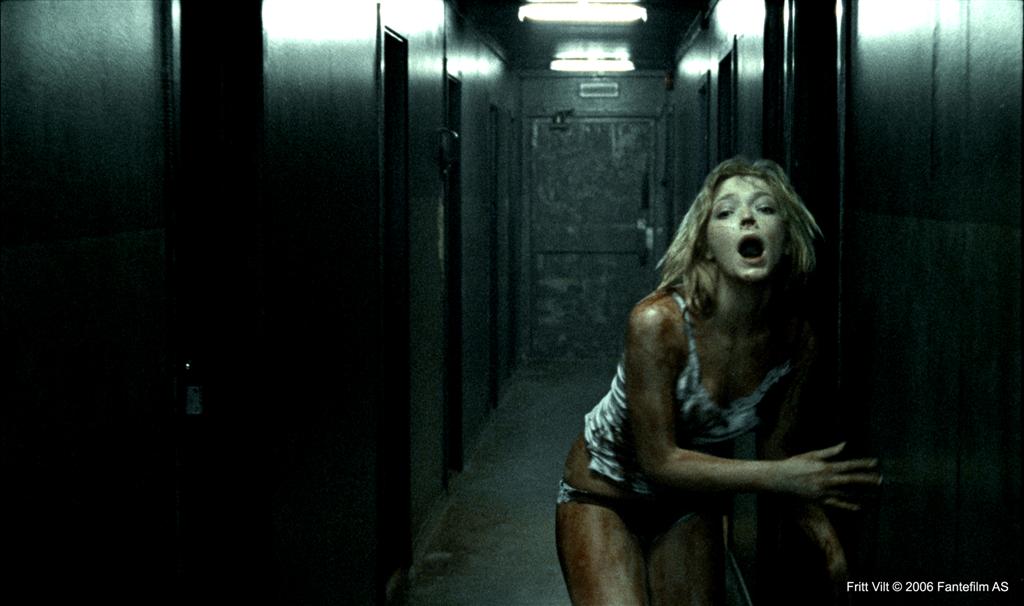 I’ve always had an odd weakness for teen slasher movies. I can’t really explain this as it’s one of the most poorly exploited sub genres in moviedom. Still, every once in a while I get the urge to watch nubile teens stumble into what is an obvious deathtrap of a house, abandoned summer camp,  or isolated vacation cabin with clueless abandon and a plucky urge to wander around apart, alone and in the dark. That’s important. Once circumstances deposit them in the required setting they must immediately and in no particular order have sex, get drunk, get high, talk loudly and irreverently about the locals and/or previous residents, all while the heavy breathing, axe wielding, disfigured maniac, darts about preparing to swing into action. And there is one character, always female, who seems to have a chance to get out of alive.

Black Christmas, the admirable 1974 film about a troubled homicidal maniac holed up in a sorority attic, started it all. It’s the original slasher movie and arguably still one of the best. Soon after came Halloween, which established the ground rules for all the imitators to follow. The Halloween and Friday the 13th franchises were most successful. Lately, good slasher films have been sparse. The Descent is a recent exception, but as a rule teen horror has degenerated into torture porn. Hell, almost all horror cinema has. I hardly bother to look in the horror section of my local rental store anymore as it’s mostly row after row of gore-laden titles and DVD covers showing assorted metal instruments dripping with blood. 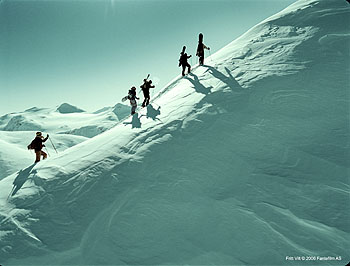 Well, there is a new entry into the canon. It’s a really good slasher movie and it comes from Norway of all places. The English title is Cold Prey and it’s now out on DVD and it is a very, very scary movie.  It is also very well done. The original Norwegian title is Fritt Vilt and it was directed by the talented Norwegian director Roar Uthaug.  The setting is kind of different though the plot is a by-the-book slasher format. Five teenagers wend their way to the top of a mountain to snow board down the back slope. There is the very hot teen couple, the not-quite-as-hot teen couple having relationship  problems and the lone and lonely male with a crush on one of the hot teen girls. They all take off down the other side slicing through virgin powder. Almost immediately the lonely boy breaks his leg, and as the group gathers around  him, they realize they are in trouble. They set his leg, but they need to get him to shelter or he’ll perish. But lo…what is that in the distance? An old hotel, apparently closed for the season,  perched on the side of the mountain in magnificent isolation.

From that moment on, maybe 15 minutes into the movie, Cold Prey proceeds to scare the living bejeesus out of you. The kids break into the hotel, and for a while the only thing happening is in your mind and in your stomach. As in your brain is squirming and your gut churning. Something is very, very wrong in our quaint Norwegian ski lodge. Funny, some of the rooms are burnt out shells that haven’t been repaired. Boy, the place doesn’t look like it’s been kept up, has it? Look the last entry in the front desk log was in the early 1970s, over thirty years ago. 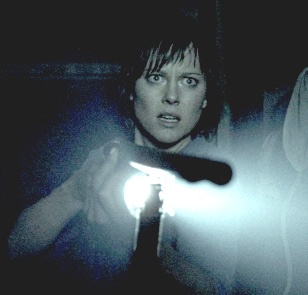 The acting is solid, especially that of Ingrid Bolsø Berdal as Jannicke, arguably the protagonist of the movie and the female most likely to survive. The script by Thomas Moldestad is strong and efficient. The characters draw you in immediately and horror of horrors…you begin to care about them. Since you know what is coming, this just works to intensify the creepy atmosphere.  The cinematography by Daniel Voldheim is topnotch here, with gorgeous lighting in every scene. The music is compelling and the art direction is spot on. The filmmakers sweated over every detail in this film and it shows.

I won’t say much more for fear of spoiling the pleasure of watching this thing unfold or blunting the slack-jawed astonishment of realizing that, even though you know exactly what is going to happen, you cannot look away.  I’ve only watched it once (I’ll watch it again in a few months no doubt), but from what I could see there were a couple of references to some pretty famous scary movies from the past. The Shining, though not really a horror film, resonates through several of the scenes. There are those repetitive shots of long hallways and arctic blasted landscapes, an axe motif and a commercial kitchen food locker scene so eerily familiar you expect Jack Nicholson to come in cackling, “Here’s Johnny”. We also get echoes of The Haunting in the distant booming sounds the kids hear inside the hotel and the famous bending door scene, though in this case there is a flesh and blood monster on the other side and not a supernatural being.

The majority of this movie was shot at on a spectacular Norwegian mountain range called Jotunheimen in minus twenty-five degree Celsius temperatures. Due to the difficulty of access, cast and crew lived together in the lodge, their living quarters doubling as the set.  It took two years to shoot this thing and  nine months to edit in all the special effects though they are so artfully inserted you never really notice them unless you are scouring it frame by frame.  I actually got cold watching this movie and ended up lighting my fireplace and huddling beneath a sleeping bag on the living room couch. Some reviewers have called this the perfect slasher movie. I don’t know about perfect, perfect is a pretty big word to use,  but it’s one heck of a ride.

There are some very graphic scenes of violence, near nudity and some adult language. In other words, watch this after the kiddies have gone to bed. Actually, watch it after your spouse has gone to bed. Best of all watch it alone in the house with the lights off, the heat down and a fire burning in the fireplace.

And if your lights go out….don’t go to the basement alone to check the fuses.

Welcome to the Slaughterhouse