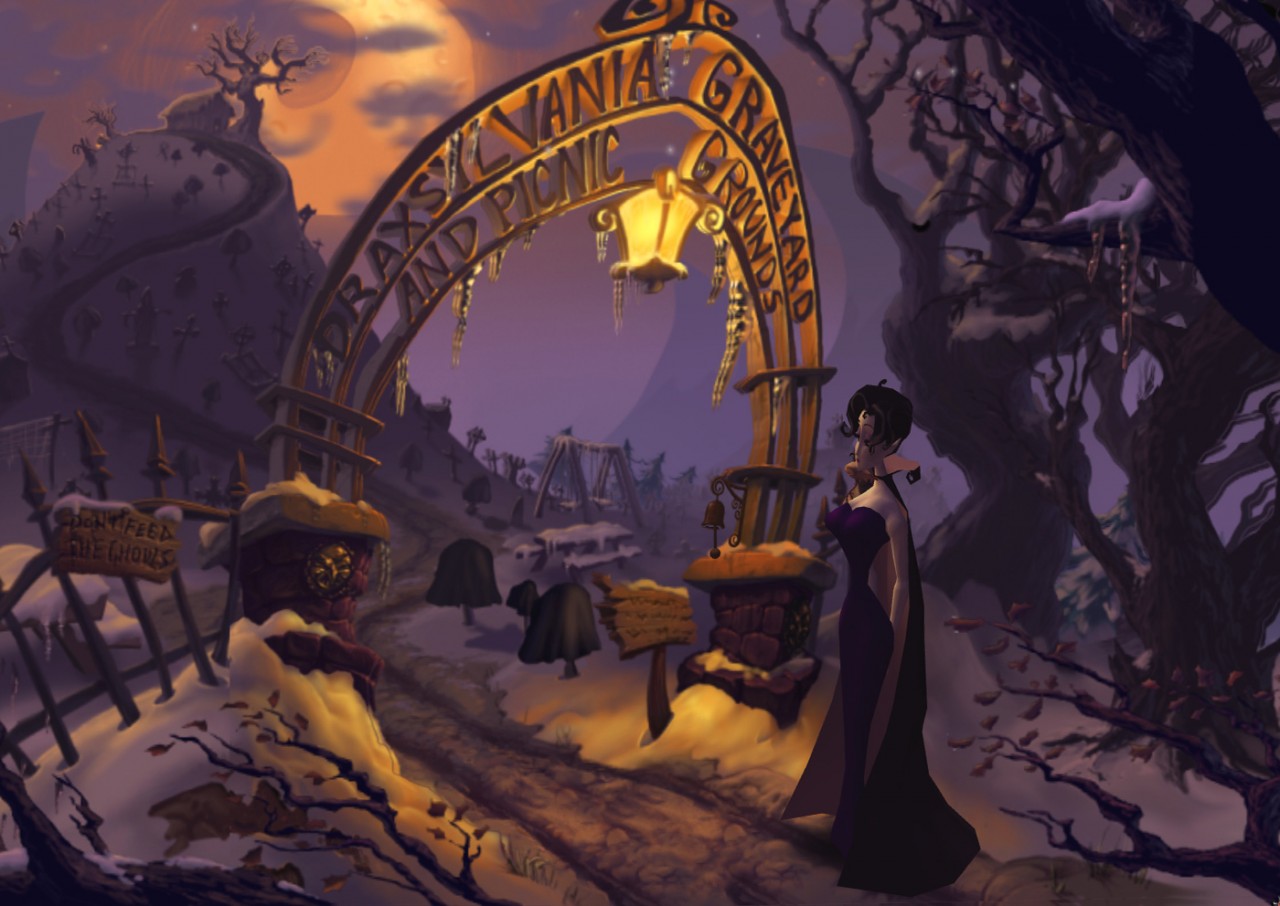 Autumn Moon Entertainment has released a demo of their much-anticipated comic adventure A Vampyre Story; which chronicles the adventures of opera starlet, Mona De Lafitte and her batty side-kick, Froderick.  The demo offers a short look of Mona as she attempts to find graveyard dirt for her coffin in preparation for some travelling.

A Vampyre Story is scheduled for a UK release on November 24th; while the word on a US release is listed as “soon”.

Update: The full game is now available as a download at GamersGate for $29.99USD.

The 445MB demo can be found on Filefront, GamersHell and WorthPlaying.

5 Responses to Tell Me a Story, Vlad